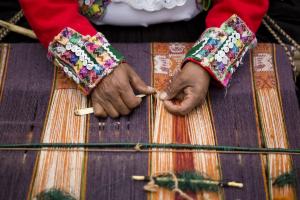 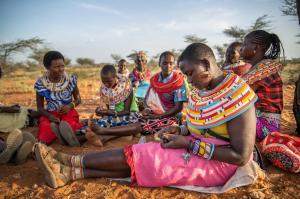 Millions of Canadians can now purchase and direct-ship seamlessly from master artisans in Asia, Africa, and Latin America

Together we continually explore the world of handmade treasures, making a significant difference in the lives of global artisans while actively working to preserve artistic traditions.”
— NOVICA cofounder Roberto Milk

“We’re thrilled to invite everyone in Canada to join us on this amazing ongoing journey of discovery called NOVICA,” said Roberto Milk, who cofounded NOVICA in 1999, adding, “Together we continually explore the world of handmade treasures, making a significant difference in the lives of global artisans while actively working to preserve artistic traditions for future generations.”

“As an artisan in Peru dedicated to the art of weaving, I am so proud to present our handmade alpaca clothing to NOVICA’s Canadian customers – collections that we create with great love and dedication,” said master weaver Maria Cutipa. “Our garment collections represent our culture and traditions, and carry with them an art form that for centuries we have been inheriting and perfecting, while maintaining the soul of the Andean people,” Cutipa added.

Another alpaca wool artisan, Victoria Quispe Mamani, speaking in her native indigenous Quechua language from her remote home workshop in the highlands of Peru, commented, “We hope everyone will especially appreciate the incredible warmth and beauty of our traditional alpaca fleece, which has kept our families warm for centuries high up in the Andes mountains. Nature and the apus – the spirits of our mountains – and Pachamama, our earth mother goddess, are our primary inspirations while we weave and knit our traditional alpaca wool into beautiful works of art. My designs come from deep within my imagination, guided by my ancestors. Those of us who keep the historic Incan weaving arts alive never stop thinking about weaving, while at the same time carefully maintaining our deep and meaningful friendships with the surrounding mountain spirits – for they are the apus who protect and help us.”

These stories and histories are examples of the unique experience that is NOVICA.com and NOVICA.ca – connecting online shoppers with the exceptional, limited edition artisanry of thousands of impassioned master artisans in the developing world.

Canadian shoppers can also choose to browse via NOVICA’s popular new cause-themed shopping option. “NOVICA’s ‘Cause’ menu is another great way to amplify your positive impact,” explained Milk, adding, “Our customers can now easily find and patronize artisans who identify with causes close to their own hearts. This further expands our mission of helping spread awareness and understanding among disparate peoples. We’re receiving wonderful feedback about this new option already, which also harmonizes with our goals of preserving cultural traditions, providing great opportunities for artisans, and improving lives.”

NOVICA also offers the largest online collection of handmade fair trade jewellery in the world. This vast selection of unique jewellery is also now accessible to customers in Canada via Novica.ca.

About NOVICA
NOVICA is the largest online impact marketplace in the world. Mission-driven to empower artisans and preserve cultures worldwide, NOVICA features the biographies and creations of thousands of master artisans who sell a selection of more than 100,000 limited edition fair trade treasures to retail customers at NOVICA.com and NOVICA.ca. Offerings range from handmade jewelry and apparel, to handwoven rugs and tapestries, to hand-carved decor, collectibles, original fine art and unique gifts. NOVICA is headquartered in Los Angeles, with eight Artisan Empowerment Hubs around the world. NOVICA pioneered this direct artisan-to-consumer concept when it launched in 1999. In 2020, NOVICA expanded into the subscription box world when it acquired Love Goodly, one of the most trusted and award-winning subscription boxes in the clean beauty space. In September 2021, NOVICA launched the Undiscovered Box (undiscovered-artisan-box.com) – a quarterly, regionally-themed, curated subscription to ethically crafted, handmade global treasures. In November 2021, NOVICA expanded its reach into Canada by launching a dedicated sister site, NOVICA.ca. To date, NOVICA has sent more than $115 million directly to artisans in developing nations.

Discovery Green®, with Support From PNC Bank, Presents Mosaic of Light by Hybycozo This Winter

Discovery Green®, with Support From PNC Bank, Presents Mosaic of Light by Hybycozo This Winter