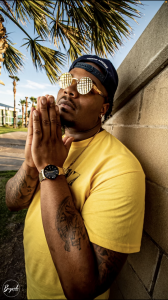 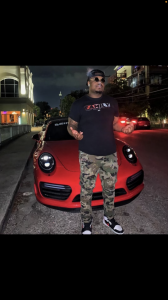 “Delight” is a rap enriched album with 10 tracks to its name, the album features various artists as well. Sonabeats, ImFurious, and KenkBeat all help alongside some of Dakidris’s other close producers to help create a hit project, the album is hosted by famous DJ, DJ ESudd with Street Execs. The album title DELIGHT stands as an acronym: Driven by excellence, Loyalty, Intelligence, Grace, Harmony and Time. DaKidRiz recently released a hit single titled Lovin’ Me featuring Mini Me.

DaKidRiz is an artist who comes from the Canton, Ohio area and is currently managed by Adam Cole, an on-air producer who holds a ton of experience and expertise under his belt. DaKidRiz first appeared on the rap scene in 2014 with his first song release titled “Ohio” that he dropped on SoundCloud. His first debut single that catapulted his career was called “I Aint Got No Choice” which was released in 2015.

DaKidRiz has music that will last a lifetime. He should be on your playlists! His music is amazing and catchy. Make sure you connect with him and follow his journey as his process unfolds. Soon his name will be a household name. You can find all of his music on all major music platforms.