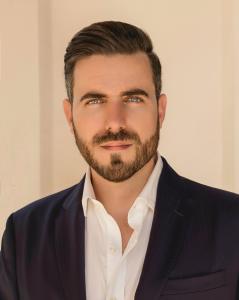 Mr. López is president and founder of Kayros Group

Kayros Group is the only global communications consultancy firm and collaborative business network with a new business concept based on the combination of the best Ibero-American talent led by an Advisory Board. 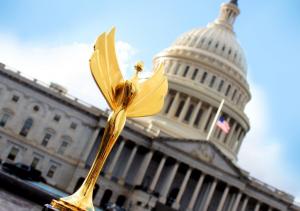 The political strategist Víctor López nominated in six categories at the Oscars for politics, the Napolitan Victory Awards

“The Washington Academy of Political Arts & Sciences announces that Víctor López, president of the Kayros Group is nominated in six categories at Oscars for politics”
— Kayros Group

Mr. López is president and founder of Kayros Group, a leading global reputation management, communication and public affairs firm and network in Latin America and certified by the Latin American Board of the prestigious Georgetown University in the United States. In 2017 and 2018 he was the winner of the ‘Campaign of the Year’, ‘Revelation Consultant of the Year’ and ‘Technology of the Year Applied to Politics’ awards at the Napolitan Victory Awards considered the ‘Oscars’ of global political communication and consulting , as well as, the Reed Latino from Campaigns and Elections last year.

He has been responsible for large strategic communication campaigns and public policy programs as the main consultant for multiple Presidents, candidates, Heads of State and Government Ministers in the United States, Spain, Mexico, Brazil, Netherlands Antilles, Dominican Republic, Haiti, Cayman Islands , Ecuador, El Salvador, Guatemala Journalist and University Professor. PhD candidate in Law and Political Science and Master in Political Analysis and Institutional Advice from the University of Barcelona. Postgraduate Degree in Leadership for Global Competitiveness from Georgetown University, McDonough School of Business. Degree in Journalism and Political Science and Administration from the Abat Oliba CEU University. He was five years president of the Georgetown University GCL Alumni Association in Spain and belongs to the Business Council for Latin America (CEAL).

He is known for having worked in campaigns with Mariano Rajoy, former president of Spain; Michel Martelli and Jovenel Moïse, former presidents of the Republic of Haiti; Aécio Neves, candidate for the Presidency of Brazil; Danilo Medina and Leonel Fernández, former presidents of the Dominican Republic; Alden McLaughlin, former Prime Minister of the Cayman Islands; Nayib Bukele, President of the Republic of El Salvador, José Antonio Meade candidate for the presidency of Mexico; Albert Rivera, candidate for the presidency of Spain, for Donald Trump in the 2020 elections, with the task of capturing the Hispanic vote and, recently during the global pandemic of Covid19, with Otto Sonnenholzner, former vice president of Ecuador among many others.
Upon hearing the news, the president of Kayros Group assured in his social networks that: “It is a great honor that I hope it serves to recognize the great work of all of us who participated last year in electoral processes and advising governments during the greatest global crisis of the history of mankind”.

This last edition again broke the record in the number of applications and according to Mr. Mauricio Jaitt, president of the Academy, this year also reflects a considerable increase in the quality of the works presented before the select jury, which is made up of exponents whose trajectory transcends borders.
Some of the other winners this year are top campaign advisers at the highest level such as Jennifer O’malley Dillon (Campaign Manager of the Year) and Rob Flaherty (Consultant of the Year: On a Digital Campaign) who were key professionals for the triumph of the current president of the United States of America, Joe Biden. This 2021, the dispute will be held between more than 70 categories. Some recognitions were announced in advance, and the rest of the winners will be known at the awards gala scheduled for this November 17 at the prestigious George Mason University in Washington, DC.