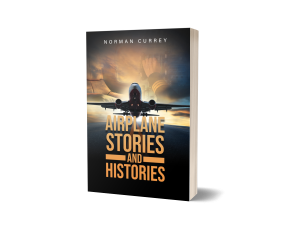 YORBA LINDA, CALIFORNIA, UNITED STATES OF AMERICA, May 10, 2022 /EINPresswire.com/ — People used to walk as a mode of transportation until the discovery of convenience from getting from point A to point B using animals such as horses. As time passes by, more kinds of transportation become available to everyone, this includes automobiles for land travel and ships for seaborne travel. What about air, though? People have tremendous minds, and the Wright brothers were fortunate enough to develop a successful airplane in 1903.

Airplane Stories and Histories is an interesting cluster of stories about planes from two centuries ago throughout the globe. It covers factual information from the beginning of the industry to the contemporary. Amelia Earheart, the Wright brothers, Charles Lindbergh, Wiley Post, Kelly Johnson, Sir Geoffrey de Havilland, Frank Whittle, and Allan Loughead are among the pioneers discussed in this book, as are their contributions to the aviation industry.

The author imparts his knowledge of the aviation industry. This book will appeal to readers who enjoy aircrafts.

Norman Currey received his first flight experience between 1941 and 1943. He spent four years at the De Havilland Aeronautical Technical School, one of Harfield’s most well-known aviation schools. He spent the majority of his career in the sector. He did some consulting and gave some lectures to the South Korean Agency for Defense Development after he retired. Currey has written numerous articles about airplanes and has a book on landing gear design.

See through the lens of the author’s aviation mind by purchasing the book Airplane Stories and Histories on Amazon.

Launching brilliant stars into the spotlight! Inks & Bindings is set to broaden horizons, revamp to perfection, and produce a masterpiece through the power of books.

Inks and Bindings is a premier self-publishing company located at the heart of the Golden State. Aptly based where fashion, entertainment, and culture thrive, the team goes all out in bringing independent authors into the sweet California spotlight.