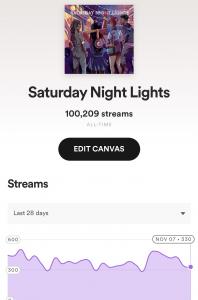 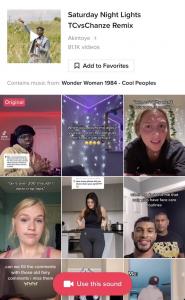 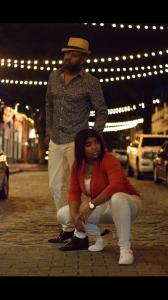 UNITED STATES, November 13, 2021 /EINPresswire.com/ — We all know that promoting your music can be a difficult task for some, But for this artist TCvsChanze, it seemed to come easy once she understood how to use her social media to connect with influencers.

Saturday night lights has been doing amazing not just on tiktok and Spotify, but on SoundCloud, Apple Music and YouTube. This is definitely an accomplishment for any music artist. So today we are celebrating the milestone of 100k on Spotify for (Saturday night lights).

TCvsChanze has a lot of amazing singles out, but this song stands out the most to the world. The time, effort and the creativity really shows in the writing on this release.

TCvsChanze is a talented hip-hop artist born in New York and grew up in North Carolina. She has released various singles from 2020. Her latest singles, ’ Saturday Night Lights’ and ‘Novacaine’, are out now. The singles are available on Spotify and all music streaming platforms. TCvsChanze has shown her talent since a young age. She started competing as a slam poet in 2008, then started incorporating her poems into music. TCvsChanze’s music was inspired by Chicago rapper Lupe Fiasco, which is when she came out with her debut single” First Class Chick. “