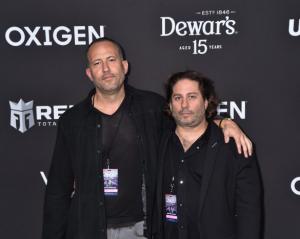 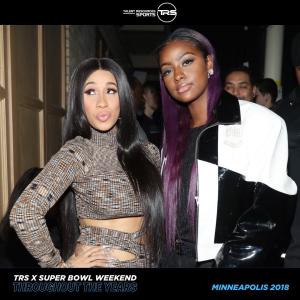 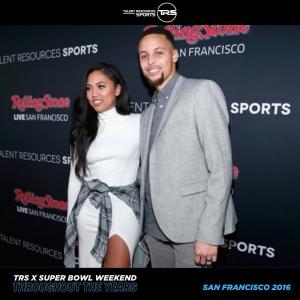 David Spencer is the Co-CEO and Co-Founder of Talent Resources Sports announces their plans for Super Bowl LVI in Los Angeles.

NEW YORK, NEW YORK, UNITED STATES, November 14, 2021 /EINPresswire.com/ — This coming February, the newly built SoFi stadium – costing a whopping $5 billion – will be home to the first Los Angeles Super Bowl in nearly three decades. With just three months remaining until the big game, exhaustive preparation has become the new normal, and brands and agencies looking to activate at the biggest event of the year have put their foot on the gas.

Talent Resources Sports (TRS) is one of the three subsidiaries of Talent Resources Holdings, the other two being Talent Resources Ventures and Talent Resources, the premier influencer marketing agency. TRS has unparalleled expertise in managing digital marketing, social media, and influencer marketing campaigns, capitalizing on the pedigree and cultural relevance of the athlete in modern society. Michael Heller is the CEO and Founder of the business and David Spencer is the Co-CEO and Co-Founder of Talent Resources Sports. They have been an active part of Super Bowl brand activations for more than a decade since their foundation, with experience in hosting major events working with brand partners like Bloomberg and Sports Illustrated. In a recent interview, Spencer spoke to The Hollywood Reporter and talked about the plans and strategy for this year to be an effective Super Bowl activation company. He also discussed his views regarding LA as the host city and his plans for an epic viewing party. Our prediction, price of tickets is likely to go through the roof.

When asked about the design and preparation for Super Bowl activations this year, Spencer said that they have been strategically planning for two years. They are 75% complete with the preparations and planning though he agreed that the last six months are the most gruelling, as the plans are actively being put into action. He expressed his vision for out-of-the-box experiences for TRS’ guests, identifying and focusing on the Sheats-Goldstein residence and The Lot Studios as two prime real estate locations that represent the culture and flair of Los Angeles.

As soon as Super Bowl 2022 was announced for LA, Dave Spencer entered into an agreement with James Goldstein for the Sheats-Goldstein House. Talent Resources not only has plans for using this building for one event, but rather for a series of events throughout Super Bowl week. But once again Talent Resources did not just take over the house for a week, but rather for two. During the first week, they will create the buildup for it to be a unique destination and the second week to host the events. Dave has plans for his team to be accounted for as an exceptional, experiential marketing agency.

On being asked about the type of events one was likely to see, he revealed that the Bloomberg Power Player’s Summit this year will feature several team owners, industry captains, and other sports leaders discussing the sporting world. Current issues are not limited to the Super Bowl but also to the NBA, MLB and more. We will see this the Friday of the big game weekend.

Another one worth the reveal is that TRS has also partnered with Neiman Marcus for an exclusive VIP brunch. After having successfully executed campaigns for NBA All-Star, the NBA Draft, and Neiman Marcus’ spring campaign, the two brands are once again coming together to put together an amazing experience. Sports and fashion go back a long way and sparks will fly as Jim Goldstein is also quite the fashion guy himself. Sunday, the game day plans are on for an ultra-luxury viewing experience. Specifically positioned for guests who want to watch the game with more comfort than what they may get at the last minute from ticket purchases of financially comparable seats, TRS has designed an immersive experience and evening of food and alcohol, with a celebrity host, DJ, VIPs, elite athletes and more. Additionally, the view of Downtown LA, Century City, and the ocean with a setting sun will be quite a spectacular experience.

Talent Resources has also booked another venue, the Lot Studios, which is also known as Oprah Winfrey’s HQ for OWN and is located just off Santa Monica Boulevard in West Hollywood. Currently, there’s a shortage of large venues in West Hollywood and Beverly Hills, and anticipating well in advance, TRS had signed this 40,000 sq ft location deal well before COVID. They have also planned the Sports Illustrated event there which always takes place the night before the Super Bowl.

Talent Resources Sports is the complete package; an experiential marketing agency, with expertise in digital marketing. They have planned for a $5.5 million exposure this year and a lot of commitments to keep in production, budget for talents, and brand deliverables.

Los Angeles is the place to create a buzz because of its enthusiastic crowd, and Super Bowl is the perfect moment to create a blend of entertainment, culture, and sports. Talent Resources Sports is a Super Bowl activation company that has got the best real estate and the capability to organize an event using sports stars and celebrities to use the venue appropriately. There is certainly going to be stiff competition with other agencies, especially the ones that are officially partnered with the NFL.

When Dave was asked about the plans concerning the location being LA, rather than Miami or Atlanta he said it all when he said “Celebrities”. All other locations will have influencers of different sizes and sports stars but LA is the deal with the overwhelming presence of celebrities. More celebrities mean more fans and a larger audience.

To see off their plans to success they have booked and sold a myriad of rooms at The Peninsula, Beverly Wilshire Four Seasons and Viceroy L’Ermitage. Talent Resources Sports is expected to become a powerful Super Bowl activation company in the route they have taken towards efficiency and effectiveness. Dave said their choice for outdoor and indoor spaces in connection to the planned event will play a huge role as people have started gathering and going out after a long time.