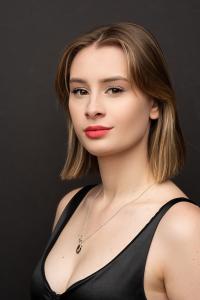 David & Ann Mortimer are the Owners of the Great Neck Country Club. Brian Langley, the General Manager of Langley’s is coordinating the multiple day, filming shoot with STING Productions. The Mortimer’s, Langley, and the Production Company will ensure there are no interruptions in the business aspects serving their clientele during filming.

In future Episodes, “Langley’s Restaurant & Lounge” will be featured as a “Safe Refuge Watering Hole” for ZOS (Zone of Silence) Black Operation Operatives.

STING ….the Saga Continues is an American, action-drama television series created by STING Productions and loosely based on United States Black Operations that took place around the world against Terrorists and Countries that support Terrorists. The Series focuses on top secret military units modeled after real-life, entities formerly empowered by the U.S. Government to combat terrorism during the last quarter of the 20th century and to date.

“The Ghost” is the lead character in the Series. He is named the STING Group Commander following President Reagan’s creation of the Group.

The Series is being directed by Sarah De Baets, a well known, award winning, French Director of film and theater.

The Cinematographer is the Emmy Award winning Justin Michaelson of NYC.

The Series Star Actors are Elise Rackemann, Diana Landa, and “The Ghost”.

In the Series, the STING Group carry’s out black operations and covert operations authorized by the President utilizing military units, paramilitary organizations, and private companies. All Operations are secret and not attributable to the United States or the organization carrying it out.

The Director is currently seeking “Local Extra’s” to be utilized in this segment of filming. If interested, please send an email to info@solarvisinv.com.