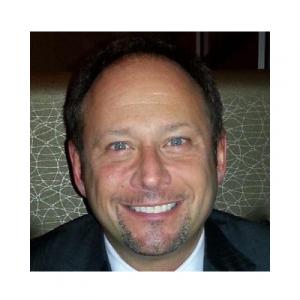 Attorney explains key feature of civil litigation designed to promote finality in civil tort matters that could give rise to lawsuits. by Christopher Hazlehurst

This is a reasonable limitation, as it provides the plaintiff enough time to gather the pertinent facts and circumstances surrounding the accident and to locate any liable parties or entities.”
— Kevin J. Kohn, Bronx Personal Injury Lawyer

THE BRONX, NEW YORK, UNITED STATES, October 4, 2021 /EINPresswire.com/ — The “statute of limitations” is the time limit within which a legal claim must be filed. Nearly every type of legal claim, both civil and criminal, has a statute of limitations. The specific time frame varies by type of claim, the nature of the parties, and the state in which the claim is filed. Every state has its own rules concerning statutes of limitations for various types of legal claims. Typically, the “limitations period” begins whenever the claim accrued, meaning whenever the underlying incident giving rise to the claim occurred. The limitations period for a personal injury claim based on a car accident, for example, would start on the day of the accident.

The main purpose of a statute of limitations is to ensure that lawsuits are handled in a timely manner. If a person wants to bring a legal claim against another party, they should employ reasonable diligence in pursuing their claims. Defendants should not be left wondering whether they may be liable for something that happened 20 years ago.

Additionally, statutes of limitations are meant to ensure that the evidence relating to the matter does not go stale or disappear. Witnesses and parties move or pass away, documents vanish, and hard evidence can become nearly impossible to track down. This is especially true when the case turns, in part, on the memories of the parties or witnesses; people forget over time. The statute of limitations is meant to promote timely resolution of matters so that as much relevant evidence as possible can still be obtained and produced.

Are statutes of limitation fair to injury victims? New York personal injury lawyer Kevin Jay Kohn of the Kohn Law Firm thinks that New York’s three-year statute of limitations is fair. “This is a reasonable limitation,” says Kohn, “as it provides the plaintiff enough time to gather the pertinent facts and circumstances surrounding the accident and to locate any liable parties or entities to bring the action.” Kohn notes that the statute also takes into consideration fairness to the defendant. “Limiting the statute to three years enables the defendant to investigate any claims and to reach out to any possible witnesses.”

Special Cases and Exceptions to the General Rule

The statute of limitations might be different depending upon the nature of the defendant as well. In most states, there is a much shorter time limit for filing claims against a governmental entity. States often place additional procedural requirements for filing claims against a government agency or actor. For example, in New York, the statute of limitations for filing an injury claim against a city or county entity is only one year, instead of the typical period of three years. Moreover, attorney Kohn points out that to file a personal injury claim against a public entity in New York, the injured party must file a “Notice of Claim” with the agency within 90 days of the injury. Therefore, says Kohn, “any action against a governmental agency must commence within one year and ninety days” from the accident or injury. Missing that all-important 90-day window can mean losing out on any chance of recovery, even if a public officer was clearly at fault for the victim’s injuries.

Tolling the Statute of Limitations

Under certain circumstances, the statute of limitations may be “tolled” or delayed until a particular triggering event, either pausing the tolling period or delaying it to start on a later date. In a personal injury case, for example, the plaintiff’s injury might not be immediately discoverable. If a person was poisoned by asbestos over time, or if they were the victim of medical malpractice, they might not know that they are injured for some time after the actual incident occurs. In such a case, state law typically establishes that the limitations period does not begin until the injury is discovered (or should have been discovered with reasonable diligence). In California, for example, if a personal injury is not discovered right away, the victim has one year from the date they discover their injury to bring their claim.

In many states, if the injured party is legally unable to pursue their claims–if they are a minor under the age of 18, or if they are considered to be of unsound mind due to injury, illness, or disability– the limitations period can be tolled until their legal disability is lifted (they turn 18, are declared sane, etc.) Likewise, if the person who caused the injury leaves the state after the accident but before the lawsuit can be filed, and they are gone for a lengthy period, then that time might not be counted against the statute of limitations. The clock will essentially remain paused while the person cannot be legally served or reasonably found.

Adriana Ramirez, creator of the RETODIVERTIDO App, Has Become the Miracle Guru of Motherhood Weight Loss

Adriana Ramirez, creator of the RETODIVERTIDO App, Has Become the Miracle Guru of Motherhood Weight Loss

Global Smart Contact Lens Market (2021 to 2027) – by Type of Material, Application and Region