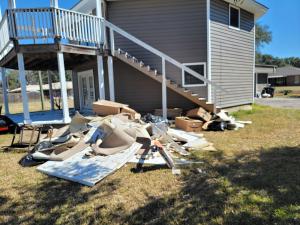 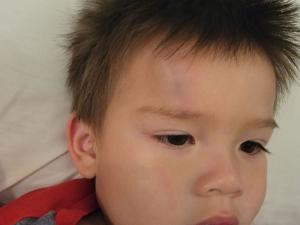 Injuries Sustained By Mr. Peer’s two year old son as a result of debris left behind 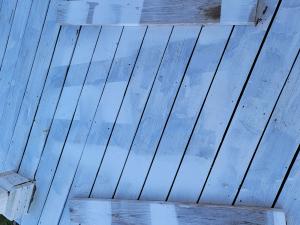 Spray painted cabinets on the deck 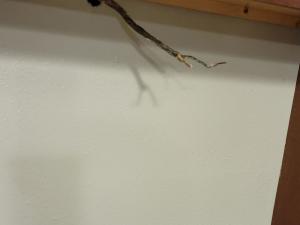 The Peer’s recently purchased a home in Bridge City, Texas. The home needed renovation, a roof, and some general fixing.

They hired a contractor (Mr. Van Jordan) to renovate their property, install a new roof and fence and bring the deck under air. Instead, Mr. Van Jordan allegedly demoed upstairs, threw everything off the balcony, painted a little, dumped dirt in the yard, and left the job unfinished, claiming electrical issues prevented work from being completed for six weeks. Everything the young family paid him for, allegedly he did not do—no roof, no fence, no addition, no carpet, etc.

After the demolition work, the electrical was allegedly damaged. However, Mr. Van Jordan’s newly found electrical problems were never discovered in the initial inspection report accomplished before the renovations began by Rock Solid Home Inspection, LLC and before Mr. Van Jordan started demolition.

When the family of four arrived at the property six weeks later, they fell into shock and horror. The “New Home” was not liveable, and none of the materials they paid Mr. Van Jordan for were at the job site.

The family filed a police report with the Bridge City Police Department (case #: 22-00074) for theft, but it has been over 45 days with no actual results. When asked Captain Teague for a statement, he declined to give an official answer. Mr. Peer also emailed the new police chief Tod McDowell for comment, but he did not receive a response.

Mr. Peer approached the District Attorney and the Mayor to press the city to take action against Mr. Van Jordan for criminal theft as the materials purchased from Mr. Van Jordan never materialized at the property.

Mr. Peer’s two-year-old son was allegedly injured due to the debris left behind by Mr. Van Jordan. In addition, this whole experience has put the young family in a financial bind due to the damages caused by the demolition and the money/materials allegedly stolen.

The Peer family urges all families to do extraneous research, background checks, etc., before hiring a general contractor or anyone to work on your home.

If you would like to help the Peer family, please visit their Gofundme to donate.