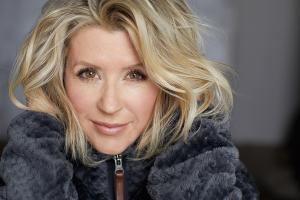 I want people to know that it’s never too late to pursue your passion.”
— Diane Sargent

LOS ANGELES, CA, USA, May 10, 2022 /EINPresswire.com/ — While it’s no secret that the pandemic saw a record number of people quitting their jobs – 47.8 million Americans in 2021 alone – a new resurgence has also emerged. With more time spent at home, many are quitting their careers to make a move more in line with their passions, one of which is acting. The surge of the ‘second act’ actors, those who pursue a career in film or television in their 40s and beyond, is at an all-time high, and for CFO-turned-actress Diane Sargent, the opportunity couldn’t have come at a better time.

Preparing to grace the small screen in the Hallmark Channel’s premiere of Hidden Gems next month, 47-year-old Sargent’s life looked dramatically different just one year ago. Working full-time overseeing a chain of retail stores, Sargent grew up dabbling in acting and improv classes. Born in South Africa and having moved to the United States as a teenager, she gave birth to her two children before she began to seriously pursue acting, signing with a talent agent in Los Angeles in her late 30s. Since then, she went on to star in award-winning films like Skin and Blackifier as well as Maul Dogs alongside Eric Roberts. Sargent is also now recognized as Donna Tucker in Discount Tire’s popular national commercials.

“I want people to know that it’s never too late to pursue your passion, whether you’re a parent or a grandparent, if you’ve always wanted to be an actor, the time for your ‘second act’ is now,” said Sargent. “While it’s true that roles in Hollywood for women over 40 are still lagging, at the same time, the public has an appetite for multi-faceted, female characters which is why I believe there has never been a more exciting time to be an actress.”

On the eve of the streaming revolution in 2011, there were just 266 original scripted series on television. However, in 2021, a record-breaking 559 original scripted shows aired on cable and streaming services, opening up even more opportunities for ‘second act’ actors to continue to evolve. Sargent will play the supporting lead role of Betty Watson in Hidden Gems which airs on Saturday, June 4 at 8 pm on the Hallmark Channel.

ABOUT DIANE SARGENT
Diane Sargent is an actor, author, improviser, and storyteller. She is best recognized for her roles in award-winning films including Skin and Blackifier as well as in Discount Tire’s popular national commercials. Diane is also the creator of several popular web series including Overheard in LA, Just Desserts, and Doggy Day Care. She is the author of the children’s book, Mommy Says You Are What You Eat.

Understanding the Differences between HARPC or HACCP

Understanding the Differences between HARPC or HACCP

Newly Released in May, Prophet Tracy Cooke’s Latest Book Tells Believers How To Take Back Their Lives