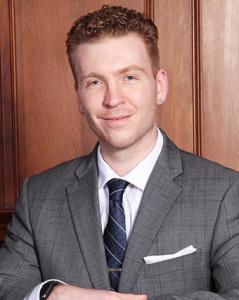 Electric scooters are sprouting up all over New York City, but are they safe for the Big Apple, and what is the City doing to help? by Nadia El-Yaouti

If an e-scooter rider got hurt or caused an injury because they hit a huge pothole at night in an unlighted area, there may be a claim against the city.”
— Nikolas S. Tamburello, New York Personal Injury Lawyer

KINGSTON, NEW YORK, UNITED STATES, November 9, 2021 /EINPresswire.com/ — When the now iconic Bird Electric Scooters first hit the streets of populated California cities like Santa Monica and Los Angeles, their presence was a novelty that drew intrigue and curiosity. The scooters proved to be a quick and fun way to get from one location to another and gained momentum throughout the nation and even worldwide.

Right around the same time, electric bikes began to gain momentum as well. While e-bikes were primarily popularized by city delivery drivers, it wasn’t long before their appeal trickled into the mainstream. A combination of affordability, fun and quick mobility encouraged everyday pedestrians to gravitate toward this method of transportation for their everyday life.

When the pandemic hit, electric scooters and electric bikes became an attractive option for those who lived in big cities. In New York City where public transportation is king, pedestrians saw electric scooters and bikes as the perfect alternative for crowded subway trains and busses. The National Association of City Transportation Officials reports that total rides jumped 130 percent to reflect 88.5 million rides in 2019 from the 38.5 million rides the year before.

While many have welcomed the move, others have found e-scooters and e-bikes to be an unavoidable nuance. Drivers and pedestrians who were unfamiliar with how quick-moving e-bikes and e-scooters could be were often caught off guard and in some cases, caught in the middle of an accident.

Nikolas S. Tamburello, an attorney with the law firm of Rusk, Wadlin, Heppner & Martuscello, LLP in New York’s Hudson Valley, says that an individual injured by a negligent operator of an electric scooter or bike could sue the operator much like how an individual injured in a car accident can bring a lawsuit against the negligent driver of the car. “The insurance coverage changes, however,” says Tamburello, “as auto policies generally exclude e-bikes or e-scooters.” Tamburello explains that “more likely it would be the rider’s renters’ or homeowners’ insurance that would cover injuries caused by the rider’s negligence.”

While these electric forms of transportation were used despite being generally frowned upon by city officials, it wasn’t until November 2020 that the city officially allowed e-scooters to be used on city streets. The move was aimed at helping relieve traffic congestion that has long since plagued the city.

After allowing the scooters to be used on city streets, a fair amount of accidents soon followed. Since 2020, there have been roughly 600 accidents involving electric scooters and bikes across the city, according to an ABC 7 investigation. At least 540 of those accidents resulted in some sort of injury while three pedestrians have died as a result of the accidents.

One such victim was Dr. Ian Tang. Dr. Tang was on the sidewalk when he was hit by an electric scooter. He was knocked unconscious by the e-scooter rider and was left with scratches and bruises all along his body. “These scooters are getting faster and more powerful, and everybody knows speed kills,” Dr. Tang shared with his local ABC 7 News.

As the use of e-scooters and e-bikes continues to grow, New York laws and regulations are proving to grow along with them. The state has accepted electric scooters and bikes as methods of transportation and details on their city website how they can be used throughout city limits.

New York distinguishes electric bikes into three classes. Each class has its own rules and regulations. They largely depend on the type of e-bike they are and how fast they can go.

Class one includes electric bikes that have pedal assist. Class 2 includes bikes that have a throttle of up to 20 MPH and operable pedals. With both classes, regulations cap a rider’s speed at 20 MPH, and a license and registration are not required to operate them.

These bikes can be used only on streets that have speed limits not exceeding 30 MPH. While a helmet is recommended for recreational use, it is required for 16 and 17-year-olds and those who are working cyclists.

Class three describes electric bikes that have a throttle that can go up to 25 MPH and those with operable pedals. The law caps the speed at 25 MPH. You will need a driver’s license to operate this type of bike and you must register your bike with the NY DMV. Under this class, you can ride your bike in the right lane or shoulder of the road (unless you are making a left turn). By law, you must wear a helmet as well.

E-scooters have their own rules to ensure the safety of riders and pedestrians. E-scooters are described as weighing under 100 lbs, having a floorboard or seat, and handlebars with which to balance. They can be powered electrically or manually.

E-scooters are allowed to be used on bike lanes and streets, although they are not allowed on sidewalks. The max speed the law allows is 15 MPH. And while a helmet is required for 16 and 17-year-olds, it is strongly recommended for all other users.

E-scooter and e-bike operators who cause an accident while in violation of these regulations might be considered negligent per se, meaning they could be held liable without the injury victim having to prove negligence beyond the fact that the user violated local laws intended to prevent the type of harm caused.

Attorney Tamburello also notes that the city itself could be held liable in certain situations, such as when an accident results due to a dangerous condition on city streets where the city received written notice of a defect that it never repaired. “If an e-scooter rider got hurt or caused an injury because they hit a huge pothole at night in an unlighted area,” Tamburello explains, “there may be a claim against the city.” Negligence claims against the city follow shorter deadlines than claims against private individuals, so injury victims with potential municipal claims should act quickly to secure their rights to compensation for their injuries.