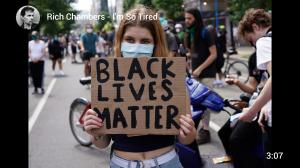 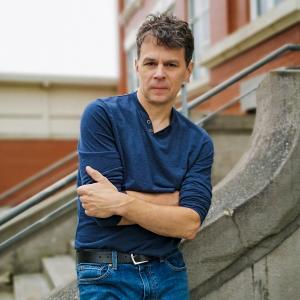 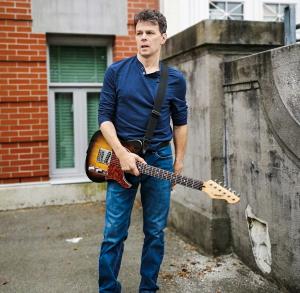 “I’m So Tired” reaches into the core of a weary and frustrated nation.

One of Canada’s best-kept secrets, Rich Chambers could easily become a household name in a matter of months!”
— FLEX Music Blog

VANCOUVER, BRITISH COLUMBIA, CANADA, November 23, 2021 /EINPresswire.com/ — The Paris International Short Festival has just announced that Rich Chambers’ “I’m So Tired” has won best music video. This is Chambers’ ninth film festival accolade in the last six months for his socially charged video. Other laurels have come from the IndieFEST Film Awards, the International Sound Future Awards, the Toronto Independent Film Festival of Cift, the Pinnacle Film Awards, the Rome Music Video Awards, the Cannes World Film Festival, the International Music Video Awards, and the Las Vegas International Film and Screenwriting Festival. The video’s powerful imagery and message, backed by Chambers driving and edgy soundtrack, are resonating with film critics the world over, not to mention the thousands of fans that are hooking onto the video and Chambers’ fresh take on rock n’ roll.

Drawing creative prowess from the events that took place on Capitol Hill in Washington, D.C. on January 6, 2021, Chambers couples his original song with countless social media images and video clips of a nation at odds with itself and literally bursting the fabric of its societal seams. When asked recently how he went about scripting such a socially conscious video, Chambers’ response was simply, “I didn’t script a thing. All I did was take the ‘script’ people have been living on social media for the last couple of years and package it into a barrage of thought-provoking reflections. Real life is more powerful than any script I could ever write.”

Affirming Chambers’ sentiment, “I’m So Tired” will leave the viewer/listener staring at the screen in disbelief, wondering how things ever got to this point, yet at the same time, the final images Chambers presents, will leave one feeling both challenged to achieve, and hopeful of, a better future.

Chambers has been on a roll recently. Along with his award wining video, he has released three other singles this year with another coming at the end of November, not to mention in October he re-released his 2020 “Santa’s Rockin’ Band” Christmas album to worldwide radio for this coming holiday season. With more single and album releases planned for 2022, Chambers is making his rock n’ roll mark as an artist to watch out for. As a recent music journalist said in the FLEX music blog about Chambers, who hails from Vancouver, Canada: “One of Canada’s best-kept secrets, Rich Chambers could easily become a household name in a matter of months!”