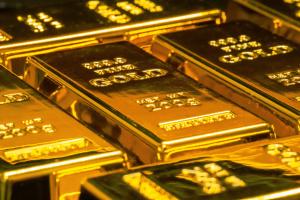 Reed Cagle Discussed the History of the Gold Standard

COLORADO SPRINGS, CO, USA, November 17, 2021 /EINPresswire.com/ — The gold standard is a system of currency that is based on the value of gold, explains Reed Cagle. Theoretically, the value of paper money is based purely on your ability to convert it to gold at some point. With an international gold-standard system, exchange rates are fixed between countries. If exchange rates are higher or lower than the fixed “mint” rate, gold inflows and outflows fluctuate until the rates return to the correct level. These triggers are known as “gold points”.

The Start of the Gold Standard
Until 1821, the principal metal for currency was silver. For instance, in England, they called their currency “pounds sterling”, which comes from sterling silver. Gold had been used as currency and in bartering for centuries beforehand. Coins, bars, and even gold dust were prized for their rarity and color.

But until the United Kingdom put the first gold standard into operation in 1821, gold had never been the reference metal by which the value of a currency was adjusted. Over the next half-century, both gold and silver were used as the standard outside of the United Kingdom. Then, in the 1870s, Germany, France, and the United States of America all adopted the gold standard as well.

These major world powers set the tone, and the rest of the world quickly followed suit, says Reed Cagle.

The North American Gold Rush
America, and the countries who traded with her, were able to make the switch to the gold standard because discoveries of rich gold veins in the west made it more plentiful. Until 1914, people could buy and sell gold at a fixed price based on weight. The weight determined how much paper money you were given to spend in the local economy, and the gold was held by the Federal Reserve. This was known as the “full gold reserve”.

World War I and The Great Depression
The full gold standard was actually very short-lived, says Reed Cagle, With the advent of World War I in 1914, global restrictions on the import and export of gold tanked the value of paper money. It made a rebound with the end of the war, but then the Depression of the 1930s completely wiped it out. By 1937 there wasn’t a country in the world using the full gold standard.

Reed Cagle Explains the End of the Gold Standard
After multiple attempts to reinstate the full gold standard across Europe and the Americas, the system was fully abandoned in 1971. Gold is a finite resource, but the world population and their economies continue to grow and boom, Reed Cagle explains. From this point on, the international currency system was based on the dollar and other paper currencies.

Gold is still valuable and used as a form of currency across the world, but it no longer fully backs the dollar or other international currencies.