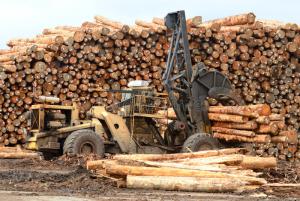 Bans The Export of Round Logs by 2025

Papua New Guinea recognizes the need to save Earth. God has blessed us with 13 percent of the world’s tropical rainforests and 6 percent of its bio-diversity. These global assets, we want to preserve.”
— James Marape – Prime Minister

MANILA, PHILIPPINES, May 8, 2022 /EINPresswire.com/ — As reported in the Papua New Guinea Post-Courier on 5th May 2022, the PNG Government “Took a bold decision to ban all round log exports by 2025 and promote local processing.”

“The government began necessary steps to exercise the State Purchase Option (SPO) under the State Marketing Agency (SMA) to acquire 25% or more of logs for export from current industry players to ensure that the timber is sold at a fair price. Dialogue with the industry to establish a Fair Market Price for timber resources and other forest products is work in progress.”

“Financially the benefits to the PNG government of the Monitoring Agreement between the PNG Government and SGS Société Générale de Surveillance had paid off. Compulsory taxes and levies paid by the logging companies increased compared to previous due to the strong inspection presence carrying out 100% inspections for the loading vessels which would have otherwise loaded logs unsupervised and undetected. This in turn would have promoted cheating on a massive scale as happened before the monitoring system began. The government raised an additional K47 million (US$12.9 million) which exceeded the cost of the Monitoring Agreement that cost K9 million (US$2.4 million) of programme costs in 2021. The government also made K48.1 million (US$13,2 million) and K66.4 million (US$18.3 million) in 2020 and 2019 respectively. This is a good return on investment. This return on investment does not include the financial benefits to the landowners.”

Suitability in Mind by Marape Government

“The reforms initiated by the Marape government take into consideration the current and emerging challenges including resource and energy crisis, climate change and its impact, biological diversity, conservation and environmental integrity and sustainable management of our resources and makes it a truly profitable and renewable resource not forgetting its spiritual and emotional values in line with the PNG vision 2050 and the Marape Manifesto Foreign Investments in various sectors with the view to making the provinces more sustaining in terms of revenue generation.”

The Prime Minister of Papua New Guinea told the United Nations General Assembly “Papua New Guinea recognizes the need to save Earth. God has blessed us with 13 percent of the world’s tropical rainforests and 6 percent of its bio-diversity. These global assets, we want to preserve.”

Future Technologies for Cell and Gene Therapy Industry Manufacturing by 2027

Future Technologies for Cell and Gene Therapy Industry Manufacturing by 2027