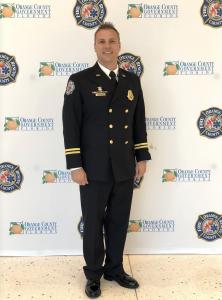 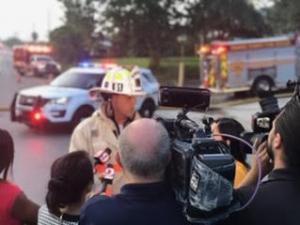 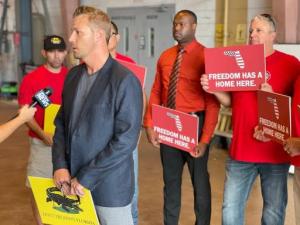 “Operation Freedom of Choice” invites First Responders to join growing support groups for freedom of choice in every state.

Chief Davis, with over 14 years of faithful service, was unjustly charged with multiple violations including “Insubordination” and “Failure to perform” for refusing to follow orders, that were unlawful, to reprimand employees whose names were listed on a spreadsheet, some of whom (by direct knowledge of Chief Davis) had received the vaccine as well as others who had filed for religious exemptions.

He respectfully and professionally advised his direct supervisor of these facts and errors, which in turn were improperly dismissed and disregarded. He was again ordered to proceed with issuing the unlawful discipline and rightfully refused to comply.

Chief Davis justifiably claimed “refusal to follow unlawful orders” as the reason for his actions. The orders he refused to follow have now, in fact, been determined “unlawful” by Orange County Fire Rescue themselves, showing they were indeed in violation, as he contested, of both state and federal law.

Shortly after Chief Davis received discipline himself for refusing to issue discipline to the listed employees, Fire Rescue Administration rescinded all employee reprimands previously issued and temporarily ordered their department battalion chiefs to cease issuing any further discipline pertaining to vaccinations. This was an obvious affirmation that Chief Davis’ concerns and requests were completely valid.

As a result of Chief Davis refuting discipline of his personnel while accurately identifying these seriously problematic issues, he was not only disciplined and placed on administrative leave, within days, he was terminated for refusing to comply with these unlawful orders. “Orders” that also violated the terms of Impact bargaining, which were previously agreed upon and put into effect by the department and Union.

The Mayor, this county, and their Fire Department’s negative response to a supervisor and battalion chief’s well thought out appeal and request for clarification are to strip him of his career and ability to provide for his family.

This is honestly unconscionable. Quite conversely, it is our collective stance that in his actions, Battalion Chief Stephen Davis demonstrated admirable leadership and showed incredible courage by standing up for the rights of those employees, firefighters that he was entrusted to lead.

This moment will be the true measure of our brotherhood. We will not allow his courage to be silenced! This is the moment to show the people we work for as first responders, the community we’ve served across the state for decades and decades, the true definition of solidarity. We stand against this unjust termination- We Stand for Freedom of Choice- We stand with Chief Stephen Davis. Florida’s Operation Freedom of Choice.

Below is the link to support Chief Davis, and all support is greatly appreciated https://givesendgo.com/G2B22?utm_source=sharelink&utm_medium=copy_link&utm_campaign =G2B22

Global Mouthwash Market To Witness A Pronounce Growth During 2020-2027, Business and Future Opportunity

Global Mouthwash Market To Witness A Pronounce Growth During 2020-2027, Business and Future Opportunity

Thermal Imaging Camera Market to be Worth $7.49 Billion by 2030, Industrial Segment to Secure Leading Position

NI Announces RM830,000 Donation to Girls in Engineering and Technology (GET) Program