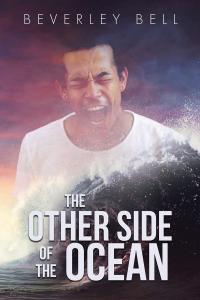 The Other Side of the Ocean 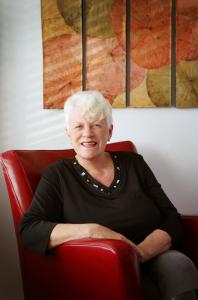 FLEURIEU PENINSULA, SOUTH AUSTRALIA, November 12, 2021 /EINPresswire.com/ — Inspired by the stories told to her by refugees during her career as a social worker, and hoping to raise awareness for their plight, Beverley Bell penned her novel to portray their arduous journey and the sheer courage and resilience they exhibited in their lives and their struggle for survival. She shares the stories of those who fled their homeland of Sierra Leone after their normal lives were abruptly interrupted by violence, and shows the painstaking process they underwent to find safety in “The Other Side of the Ocean.”

Bell’s novel follows a boy named Saah Kamadu who resides in Freetown, the capital of Sierra Leone. He enjoys a secure and loving childhood with his family, a life filled with school and soccer, friends and family. All he wants is to succeed at school and do right by his parents. However, tragedy strikes when the civil war racking their country reaches his town. Rebel soldiers invade his home and take him captive along with his brother-in-law. He bears witness to nightmarish scenes of death and destruction, unimaginable violence that changes his once ordinary reality into a dark and terrifying existence. He fears that his family is dead and realizes there is no turning back.

Saah and his brother-in-law survive the grueling ordeal and escape the country, only to live as desperate outcasts until they find respite in a refugee camp. While the conditions are less than ideal, it is better than being hunted by rebel soldiers. From the camp Saah migrates to Australia where he finds safety of a sort, but this new life in an entirely new world also has its fair share of challenges as he risks losing his sense of self and his identity as he comes to terms with his strange new home.

About the Author
Beverley Bell has spent many years working as a counsellor and social worker before recently retiring. She has always enjoyed writing and has embarked on her first novel, enjoying the excitement and challenge of the process. Bell’s book was inspired by the stories told to her by the refugees she met during the course of her career, who have left an impression on her. She resides in Fleurieu Peninsula, in South Australia. She has been interviewed by Kate Delaney on America Tonight. She is an active member of her local church and enjoys long walks in the beach with her beloved dogs.

BFSI Crisis Management Market is Expected to Reach $31.15 Billion by 2027

BFSI Crisis Management Market is Expected to Reach $31.15 Billion by 2027