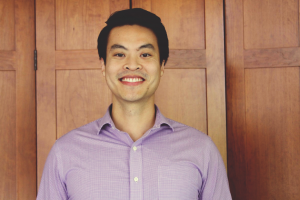 Nicholas Liou has been practicing Taekwondo for nearly his entire life

EVANSTON, IL, USA, November 24, 2021 /EINPresswire.com/ — Taekwondo is a Korean martial art that has been praised for its physical and medical benefits. Nicholas Liou has been practicing Taekwondo for nearly his entire life, and he recently discussed how this sport can be beneficial for women.

“Taekwondo can be beneficial for individuals of all ages,” Liou said. “But I’d like to take a moment to focus on how it can be especially beneficial for women as a form of physical activity and self-defense.”

Taekwondo is a martial art that offers far more to the individual than fighting skills. This sport involves training the body and mind to enhance life and spirit. It was developed as a sport that delivers faster and stronger strikes than other martial arts.

Because of this, Taekwondo is seen as an effective form of self-defense. The techniques and kicks have been proven to be effective in self-protection against others. The tools used in the sport of Taekwondo are viewed as effective in solving altercations.

“One of the major benefits of learning Taekwondo for women is that most attackers don’t expect a woman to know the techniques of this sport,” Nicholas Liou said. “A typical assailant expects a woman to bite, strike, or kick traditionally. However, a woman who knows Taekwondo may deliver a strong front kick or even a roundhouse to the liver.”

Liou explained that these movements can be more effective in self-defense than traditional ones. The element of surprise combined with superior strength and aim can be extremely helpful.

Another major benefit of Taekwondo for women is confidence. The sport is designed to improve confidence and self-esteem by providing strength and skill. Many individuals who practice Taekwondo see improvements in posture, self-awareness, and overall well-being.

“Taekwondo surrounds you with other men and women who are empowered as much as you are,” Nicholas Liou said. “This creates a strong group of like-minded individuals in whom you can confide. Your Taekwondo group will quickly become some of your closest peers.”

Nicholas Liou explained that the people with whom you practice Taekwondo will quickly become family. These are people in which you can confide during life’s ups and downs. These friendships encourage you to advance within the sport of Taekwondo and throughout life. Taekwondo instructors also tend to be excellent sources of encouragement and knowledge.

“The techniques practices in Taekwondo put the person at an advantage when it comes to physical confrontation,” Liou said. “It doesn’t matter if that person is big or small, fast or slow. The skills they’ve learned through Taekwondo can help them succeed against almost any opponent.”

Liou finished by stating that the best way to experience the benefits of Taekwondo is to try the sport for yourself.

FENIX360 Rolls Out Worldwide to Help Artists Live Off Their Art

FENIX360 Rolls Out Worldwide to Help Artists Live Off Their Art