The time to give much love, respect and compensation to the Artist has arrived at Song fi.com. 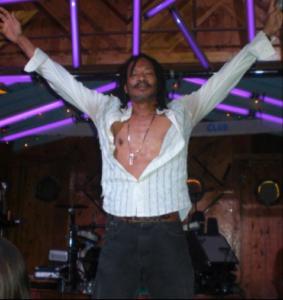 Reggae legend and honorary Song fi Artist Vibert Chang never got the financial compensation he was entitled to in an industry that abuses the Artist. “The solution is Song fi” claimed Vibert Chang to fans at a recent sold out show. 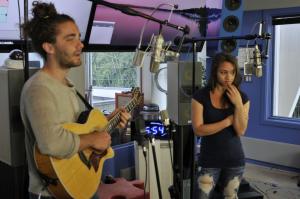 Ddendyl, an honorary Song fi Artist, was a sensation on the NBC show “The Voice” and where did that get her when it came to compensation? Not a dime. 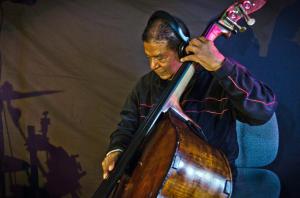 Stand up bass icon Buster Williams spent his life in the music industry. “I am thrilled to be an Honorary Song fi Musician” said Buster who now sees a way to monetize his works over a lifetime. 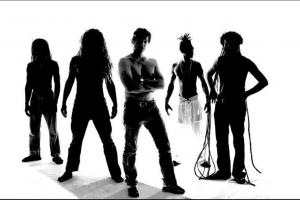 “Song fi’s Cryptocurrency and Blockchain infrastructure will change the world and make sure that the Artists gets their fair share and then some through the Song fi NFT Global Marketplace Exchange.”
— Stevie Marco

WASHINGTON D.C., DISTRICT OF COLUMBIA, UNITED STATES, November 26, 2021 /EINPresswire.com/ — What is a currency? It is far more than just a banknote or coins, but rather a unit of storage to account for transactions and a means of exchange that is a universally accepted way of buying or selling goods and services. There are 180 current paper currencies across the world, as recognized by the United Nations. The British pound is the world’s oldest currency that’s still in use, dating back to the 8th century. In the ancient days, when the barter system was in place, anything from fruit and grains, to wool, precious stones and metals were considered currency. Then banks entered the picture to regularize currency payments which caused coins and printed banknotes to be created for a particular country, like US dollar bills, quarters, and dimes. The idea of banks began as long ago as 1,800 BC in Babylon. In those days moneylenders made loans to people. Later, in Greece and Rome, loans combined with deposits were introduced.

Now that the digital age has thrust itself upon us, traditional currencies are quickly becoming yesterday’s means of exchange for goods and services, as Cryptocurrencies are taking hold as a “fraud proof and transparent” global currency through the creation of the virtual Blockchain. Make no mistake, Cryptocurrencies and Blockchain are not a passing fad, they are here to stay, and have now taken hold in the digital world.

So, what exactly is Cryptocurrency? It is just like a normal currency but in a digital form and accepted universally, unlike physical currencies that work only in a specific country. Cryptocurrencies don’t have banknotes, but they do have coins, in the virtual sense of the word. There is also one more term that is important to understand which is “Token(s)”. People often get confused between a fungible Cryptocurrency Coin and a Non-Fungible Token or “NFT”. It all starts to sound a little confusing but, it is very simple once you grasp the basics.

What is a Cryptocurrency Coin? A Bitcoin or Ethereum “Eth Coin” for example is a decentralized digital currency, without a central bank or single administrator, that can be sent from user to user on the peer-to-peer Blockchain network that is fraud proof and without the need for intermediaries. Cryptocurrency Coins are “Fungible Instruments” which means their value is a set price for all Cryptocurrency Coin owners. For example, one Eth Coin in the Ethereum Cryptocurrency is valued against the US dollar at $4079.71, and One Bitcoin is valued at $54,415.40 as of today November 26th, 2011.

A Non-Fungible Token or “NFT” is different because its value is arbitrary, like a work of original art. If you owned the Mona Lisa, then you could set the value of the Art and the resale price, just like you could set the price of your child’s first painting if someone was willing to buy the original. Now that you know the difference between a Fungible Cryptocurrency Coin and a “Non-Fungible” Token, enter the Song fi Cryptocurrency, NFT Blockchain and Global Marketplace powered by the Song fi MOS 21 Operating System designed by Artists, Musicians and a world class technology team.

The Song fi platform, and all its amazing creations, has been in development for many years and was designed “By Artistes for Artists and the World”. When you think of the Artist, you think of a class of amazing spirits that have been abused financially for centuries, going back to the court jester that would be thrown a pittance by those attending functions of the King on their way out. Beethoven was broke, as were Picasso and so many others who never realized financial success until they were dead and gone. Same with the boom of Rock and Roll in the Fifties and Sixties when the labels took all the money and left the Artist high and dry and broke again, except for a chosen few. Then came the internet and it looked like finally the Artist could connect directly with fans and make the money they deserved as creators of amazing art. No so, because in swooped Big Tech by way of Facebook, instagram, Google, YouTube, Spotify, and others like them, who abused and hoodwinked the Artist again, as Big Tech made fortunes while the Artist was again paid a pittance.

“Hear me now”, proclaims Stevie Marco as he slams his fist on the table. “Song fi MOS 21, with its Cryptocurrency and Blockchain NFT infrastructure, will change the world and finally make sure Artists get paid the windfall they deserve. “Its a revolution long overdue and the world wants to support the Artist instead of Big Tech, so come to Songfi.com” says Stevie Marco, “We are the platform of the future”.

Critical Care Nutrition Market: The Evolution of a New Subspecialty will reach $19.23 Billion by 2030