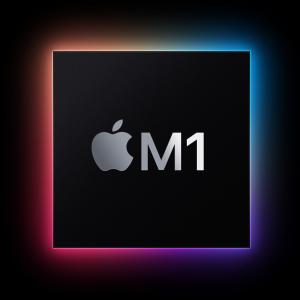 Omnis Studio, already one of the most productive and fastest app development systems on the market, now offers a further significant productivity boost for application developers.”
— Birgit Jäger

Once again, this news highlights Omnis Studio’s true cross-platform capability, which allows developers to create apps on the operating system of their choice and then deploy them across other operating systems (e.g. Windows, macOS, Android, iOS) and devices without the need for further modification or recompilation.

So Omnis Studio 10.2 now enables developers to make full use of the excellent performance capabilities of Apple’s latest M1-based hardware: much faster CPU response, significantly enhanced graphics performance, and battery efficiency which comfortably outstrips the prior generation of Apple Macs.

With the new M1 chip – first released in November 2020 – Apple have delivered the first Apple-designed ARM-based system-on-a-chip (SoC) for their Mac computers and iPadPro tablets. This development heralds a move away from the familiar Intel chips which have been a feature of Apple computer hardware for around 15 years. The M1 chip’s unified memory architecture and onboard tally of 16 billion transistors brings a power-efficient performance boost while simultaneously consuming considerably less power.

But the M1’s potential only fully emerges when the software environment is also adapted to accommodate this brand-new processor. Thus, Apple redesigned the macOS Big Sur operating system from the ground up to allow them to fully exploit the enhanced possibilities of the M1. However, most applications are not yet optimised for the new chip and thus have to be emulated via the additional Apple software Rosetta 2, a component of macOS Big Sur. Rosetta 2 currently acts as an additional compatibility layer which can ‘translate’ x86 apps using Intel chips to enable them to operate under M1 chip architecture and protocols. However, in many instances this arrangement can compromise performance.

Omnis Studio is the longest running cross platform development system on the market with a strong track record of successful adaptations to fresh hardware challenges. Thanks to their enormous experience and consummate skill, Omnis Software’s engineering team has been able to implement flawless, full native support for both M1 and for the latest version of macOS, Monterey, while also ensuring full compatibility with other platforms, including Windows and Android.

Extensive internal testing and trials run by numerous Omnis customers have comprehensively proven the enormous performance and efficiency of both Omnis Studio and Omnis Studio based applications while running natively on Apple M1 hardware.

So the clear message is: Omnis Studio, already one of the most productive and fastest app development systems on the market, now offers a further significant productivity boost for application developers when used natively on the new Apple M1 hardware.

Developers who want to find out more about the performance of Omnis Studio, and see for themselves what this software package offers, can easily do so without risk: Omnis Software provides a free Trial Version of Omnis Studio for 90 days to all who now wish to explore the benefits of Omnis Studio software.