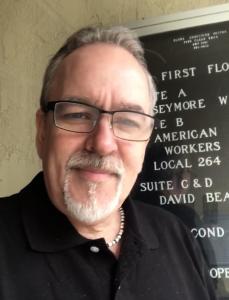 Mike Robinson, the Nanobles Corporation CEO, is a cannabinoid medicine formulator that founded the Global Cannabinoid Research Center in 2018 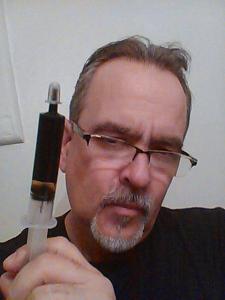 Mike Robinson beat 3 stage 4 cancers researching and using Cannabis Oil while giving it away to thousands, then founded the Global Cannabinoid Research Center 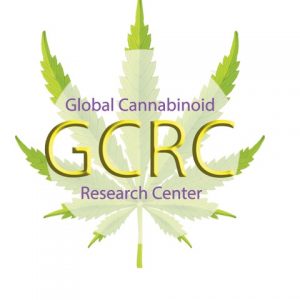 Mike Robinson, the Corporations CEO, is a cannabinoid medicine researcher that founded the Global Cannabinoid Research Center in 2018 and is now merging it with Nanobles Corp. 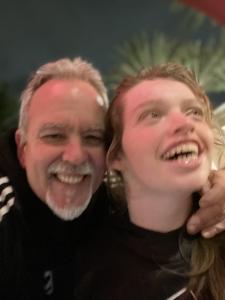 Mike Robinson, the Corporations CEO, and daughter Genevieve he met while giving away Cannabis oils to patients in need over 5 years ago 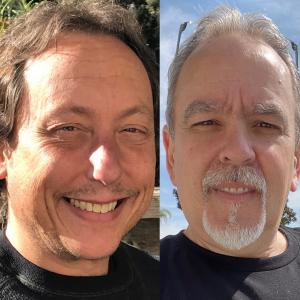 What an incredible journey from cancer patient to compassion provider to an Academy of Medicine educator, and then creating the Global Cannabinoid Research Center and now this Nanotechnology entity.”
— Mike Robinson, CEO, Nanobles, Inc.

SANTA BARBARA, CA, UNITED STATES, May 7, 2022 /EINPresswire.com/ — California Bay Area Nanobles Corp. C.E.O. Mike Robinson announced today that his Santa Barbara-based Global Cannabinoid Research Center (GCRC) would merge with the Nanotechnology corporation. “We’ve made some substantial moves preparing for the future of Cannabinoid Medicine in America and beyond,” stated the three-time cancer survivor featured by High Times this month as one of the most influential people in Cannabis. “While the cannabis industry moves forward to include cannabinoid medicines made by corporate America, I want to be on both sides,” he said, referring to the entities’ involvement in future pharmaceuticals.

Recently, Nanobles Corp. announced it gained a Trademark for an Oncology medicine preparation that Robinson has created. “We’ve gained the NANO trademark on essential oils, which also come from the Cannabis plant,” explained Chief Operating Officer David Uhalley. “We’ve also gathered several other registered NANO Trademarks for other creations in R&D that I believe gives great promise for both patients and doctors who want more options.”

“I founded the Global Cannabinoid Research Center in late 2018 after doing my first academic presentation for a group of doctors in a Moscow Symposium,” Robinson said. “Throughout 2018, I was the director of Communications and more at the American Academy of Cannabinoid Medicine. That year revealed to me the necessary avenue, and that doctors can’t bridge the gap between the healthcare industry and patients, the people want a patient.” Over the last four years, the GCRC has been instrumental globally in providing cannabinoid medicine information and education.

“I’ve been making recipe upon a recipe looking for the most advanced ways to treat issues, but in the Cannabis industry, we face the issue of product claims, so I can’t say what will work for which health issue. This is a roadblock, not a hurdle, making the world of pharmaceuticals more attractive for this reason, it allows me to address what I’m working on and why.” Robinson stated. “I’ve got formulations for the dispensary or online Cannabis world, but I can’t commingle that with what I’m formulating for the global healthcare market Nanobles Corp.”

Various laws exist that prohibit the sales of nutraceuticals like CBD, with claims that they work for any health issues. The Federal Trade Commission has joined the F.D.A. in sending letters to companies that claim plant-based products can cure various diseases. In 2021, California passed a stringent law AB45 to enforce the federal mandates and open avenues for dispensary sales of hemp products. “I believe the consumer protection laws are necessary, so I’m glad to see them there, so long as they help and not hinder commerce,” Uhalley stated.

Robinson will be honored on May 24th at a Los Angeles, California, dinner held by High Times for the Top 100 Most Influential People in Cannabis. As the publication dubs it, it celebrates the top market movers and culture creators in the cannabis space. Generally, this happens every year, but they’ve taken a break due to the pandemic in the last two years, making this year’s publication very anticipated. “Mike has worked giving away Cannabis oils to people who can’t afford them for about a decade; he did that while fighting some harsh cancers,” Uhalley stated.

“The cancer battle and a long-term pharmaceutical addiction that I beat a bit over three years ago gave me the push over the line. I love the various types of Cannabis plants and have found ways with Nanotechnology to advance them,” GCRC founder Mike Robinson said.

The cannabis market is booming with expectations that continued growth will reach $40 billion by the end of 2022, which will amount to a staggering 208% increase from 2020. According to Arcview Market Research, the U.S., Canada, and Mexico will have a total of $17 billion in sales by 2022, a compound annual growth rate of about 25%.

Long ago, Nanobles founder David Uhalley was on his own with a single piece of paper searching for someone within the Cannabis Industry that could expand upon it. “It took years to get the registered trademark to NANO for use in foods and more,” he stated. “I was looking at making some drinks about 4 or 5 years ago and thought it would be a good idea to have Nanotechnology involved in the flavoring, I had a plan, and it was excellent. I went on the professional network LinkedIn and saw posts about this man who adopted a teenage girl with severe autism and epilepsy from a compassion program that gave Cannabis oils to sick people. It was Mike Robinson.”

“We met at first to talk about NANO in the world of Cannabis and he had a file on Nanotechnology. I was expecting to read a prospectus, but instead, it was a single piece of paper with the word NANO on it. It was a registered trademark on liquid flavorings and thickening agents – you can’t make NANO CBD or other cannabinoids without those or even the liposomal items many call NANO. I knew he had something worthy, so I decided to write his blog and proposed that I might even be a partner someday if he would make a website.” Robinson shared.

Uhalley made the website and created the Corporation, and Robinson wrote the blog. In early 2020 Robinson joined him as a 50% partner and the C.E.O. “Everything we’ve done has required utmost trust and in so many different areas that go far beyond business,” Robinson explains. “David has driven my family to Las Vegas so we could take Genevieve, my daughter, to her favorite ride on earth – the Carousel. I’ve trusted him with my most valued love, so why not do so with the Global Cannabinoid Research Center?”

Details of the proposed merger have not been made available as of yet. Still, the pair have big plans. Much of what Robinson has been known for doing may end up entwined into the Nanotechnology Corporation that already holds three brand trademarks for a plethora of formulations he created for the nutraceuticals market but never released. “Mike has the affinity to give, it’s like an affliction of sorts, but a very nice one until you get to the accounting,” Uhalley joked. “I’ve helped him in person on his compassion drives; he honors the legends of Cannabis that created the ability to use that plant in them, which is a big reason why I’ve supported it for years.”

“I’m happy to be advancing in every aspect, in every way, and am very excited for upcoming announcements on Joint Ventures I’ve been working on for GCRC that will now be part of Nanobles Corp,” Robinson stated. “I need an umbrella for the perfect storm of cannabinoid creations I’ve conjured, many of them are NANO, so this makes sense.”

The pair plan on making more announcements soon, so stay tuned. “A moderate pain management drug formulation I created just had a trademark application filed on it’s name recently, so we’re still negotiating some elements of the merger, but the decision has been made that GCRC will be a division of Nanobles Corp.”

Aromatics Market Size to Boom USD 382.4 Bn at a CAGR 5.7% By 2030 | Rising demand for aromatics in the Automotive Sector

Aromatics Market Size to Boom USD 382.4 Bn at a CAGR 5.7% By 2030 | Rising demand for aromatics in the Automotive Sector