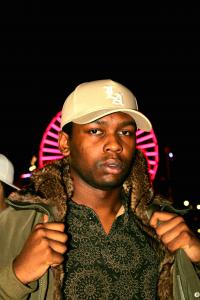 If I’m going to fall, I don’t want to fall back on anything, except my faith. I want to fall forward. At least I figure that way I’ll see what I’m about to hit”
— Denzel Washington

LOS ANGELES, CA, UNITED STATES, November 1, 2021 /EINPresswire.com/ — – Music Artist Coties is celebrating the release of his new single‘on all platforms. Fans have been excitedly awaiting his new follow-up. His last single captivated the underground music scene and racked up over 17K downloads on Spotify without promotion or marketing.

Last weekend, Coties boarded a private jet to Los Angeles to work in the studio with a multi-platinum producer who created some of the most iconic Hip-Hop songs well known today. Coties’ loyal fan base continues to climb, not just because of his magnetic Trap music, but also due to his incredible story-telling ability that stems from his education, mannerisms and understanding of life and lessons.

Coties’ latest release radio Edit Crimes in Daygo’ is an upbeat Trap song that’s inspired by his past experience in learning how to deal with pride. ‘Crimes in Daygo’ is a reflection of the emotions he felt, as well as the product of letting pride control decision-making.

The first line of the song questions whether his decisions that he has made towards others were right or not, and as the beat drops, he choose to go back into that pride state where he is confident and carefree. These carefree decisions he made during my past relationships are similes that he uses as a comparison to the crimes that happen in San Diego, California. He is using this track as a set-up for his future music, where he will focus on promoting growth.

‘Crimes in Daygo’ is an ending to a chapter in his life that no longer resonates with the artist. Fans can look forward to up-and-coming transition promoting growth. The producer of this new release is BigT Productions and was recorded at Arden RockRecords.

Coties music teaches every listener that It is O.K. to perceive the world in whatever way feels natural. “A person’s uniqueness is what drives them past the walls they’d consider a dream.” – Coties

Born and raised in San Diego, CA, Coties views his art as a New Age West Coast Trap-influenced sound. Visiting downtown San Diego and experiencing the automotive culture from a young age truly influenced Coties to create breathtaking experiences—much like sitting in the passenger seat during the stories in his music.

Coties’ motto to live by is a quote by Denzel Wahington:

“If I’m going to fall, I don’t want to fall back on anything, except my faith. I want to fall forward. At least I figure that way I’ll see what I’m about to hit.” – Denzel Washington

Corey Schmidt, a Disney Fanatic, Explains Why Disney Really Is a Great Place for Family Vacations

Equine Healthcare Market to Hit $2.32 Billion by 2030- Asia-Pacific is expected to be the fastest-growing Region