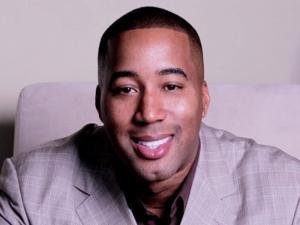 The lack of access to adequate care has been a systemic problem in the African American community, according to James Lamont DuBose

The COVID-19 pandemic has exposed a number of issues in the American healthcare system that have been ignored or overlooked for decades. The lack of access to adequate care has been a systemic problem in the African American community, according to James Lamont DuBose. Mr. DuBose says that the pandemic has shed some much needed light in regard to mental health disparities in the African American community, and why black males are so hesitant to discuss their issues and concerns.

One of the biggest roadblocks standing in the way of African American men seeking the help they need stems from the mindset that African American males have to be strong, and they can’t show emotion.“ Whether people want to believe it or not, there are still a number of remnants of slavery that are still alive and well in the African American community to this day. One of those remnants centers around the beliefs that have been ingrained in black males since birth, that real men don’t cry, and real men don’t show emotion. The weight of feeling like displaying any type of emotion is a herculean burden to bear”, James Lamont DuBose said.

Mr. DuBose stated that he has seen first hand the level of emotional destruction trying to live up to the standard of being emotionally unbothered can be. “What so many people fail to realize is emotional suppression often leads to emotional absenteeism. When you are absent emotionally, you are not a whole person. I have seen friends lose wives and children because they were trying to live up to the strong guy standard that was placed upon them so many years ago.”, said James Lamont DuBose.

According to Mr. Dubose, another reason why African American males fail to seek the help they need is due to the fact that there are simply not enough African American mental health clinicians. “Listen, if a black male decides he needs to seek help, one of the main issues he will have to confront is his willingness to speak with someone who doesn’t look like him. One of the things that the pandemic exposed is that many of the clinical trials in the United States have very few if any African American participants. I read a recent article which featured several notable physicians and therapists. In that article, the therapist who founded @blkfolkxtherapy noted that the mental health arena is not all that different from the medical arena. Black people in general understand that the training clinicians get is based on the experiences of people who don’t look like them.” James Lamont Dubose said.

“In my opinion, it should not be all that difficult for people to understand that people are more likely to seek help and open up during their sessions when they can trust their therapist. If a person has no first-hand knowledge of another person’s culture, the possibility of a healthy and helpful therapeutic relationship is going to be limited, to say the least. I do believe that if more opportunities were available for black men to speak with people who shared their beliefs, values and norms, in addition to the financial barriers being removed, more African American males would consider speaking with a therapist.” James Lamont DuBose said.

Emotn C1 Projector: A Fashionable LCD Projector for the Young

Weekly bulletin: Philippines Pavilion at Expo 2020 Dubai to host a health and wellness fair this weekend

Emotn C1 Projector: A Fashionable LCD Projector for the Young

Weekly bulletin: Philippines Pavilion at Expo 2020 Dubai to host a health and wellness fair this weekend