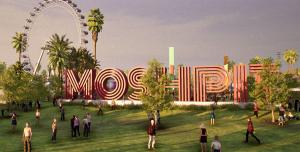 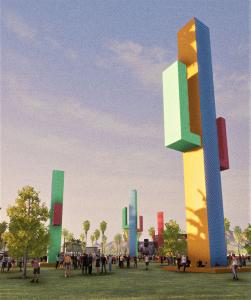 This virtual/VR world is so cutting edge, who wouldn’t want to break new earth with such an endeavor.”
— Sean

“This virtual/VR world is so cutting edge, who wouldn’t want to break new earth with such an endeavor. This is the future. Society, culture, technology, and social habits are forcing us even more toward this realm. If I find the right platform to invest in, accompanied by a new technology, then I have hope. This is the beauty of Moshpit”, says featured artist Sean.

“Believable crowds have been lacking in most other virtual concerts released thus far. There are many aspects that may be considered in creating a great virtual crowd, but we believe two factors are important in making a concert crowd seem real, which are density and AI. The standard pipeline for real-time characters would not support the densely packed crowd with the huge character-count we needed for Moshpit, so we developed a new character rendering pipeline from the ground-up to accommodate our vision, but with that came the problem of AI. Having a huge character count is useless if all the characters are behaving exactly the same way, or not reacting appropriately to what’s happening on-stage” says CTO Ans Shabbir

Moshpit developers worked deeply on density and AI to the point where the character count is huge while maintaining each individual AI crowd-member’s unique personality traits. The underlying AI algorithm processes numerous parameters in deciding which character should do what at every given moment.

“In addition to stunning crowd, we wanted to represent the feel of a festival, and that starts with a venue with a true festival setting. We created a Coachella inspired venue. In many virtual concerts, there are all types of venues set in fantasy worlds, in space, etc. We believe venues should be relatable first, like ones we’ve experienced first hand. Replicating this relatable “feel” is what we believe is necessary first, so we created this venue with the intention of it looking and feeling like a living, breathing environment rather than some fantasy environment.” says Shabbir.

There are many more innovations that will be showcased in the coming months.