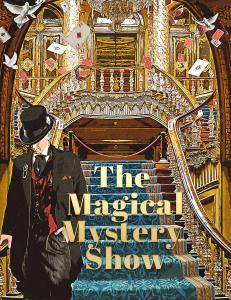 Go Back Through a Portal in Time at the Finest Resorts in the World! 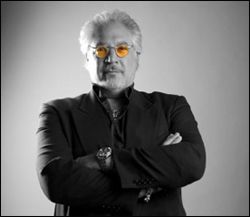 Presenting the World’s Best Magicians at the Finest Hotels and Resorts on the Planet. Portion of Proceeds benefit The Magic Castle, Academy of Magical Arts

Jonathan Todd has produced and managed iconic celebrities including Mick Fleetwood of Fleetwood Mac for over 20 years, has a Grammy Nomination, and has performed magic professionally for decades.”
— Jonathan Todd is CEO of HOTEL MAGIC LLC

MAUI, HAWAII, USA, December 20, 2021 /EINPresswire.com/ — Hotel Magic, LLC presents “The Magical Mystery Show!” offering the world’s best magical entertainers, in elegant, intimate settings, at the finest hotels on the planet. These shows are designed to stun and entertain. The company is poised to announce its first three venues of operations which will be: Maui, Hawaii, Waikiki, Hawaii, and London, England. Tickets go on sale for most venues on January 21st., 2022. The properties are all resorts and top of the market in each location.

Guests are not far away watching a stage, they are right upfront. “You are right there with miracles happening before your eyes, just feet away!” said Jonathan Todd, CEO of the production company Hotel Magic LLC, parent of The Magical Mystery Show! “Tickets are limited to less than 60 guests a show to provide close-up miracles, laughter, and the joys of a bygone era,” said Marty Alexander, COO. “Guests participate in the show and enjoy the childlike wonder created by miraculous feats of prestidigitation. Guests are amazed and leave with the lines between fantasy and reality thoroughly blurred!” Said Brian Lynx, VP of Hotel Operations and Events, “The big challenge was COVID with this intimate experience and we have solved for that in innovative and comfortably elegant ways. Guests will finally enjoy close-up shows while feeling safe and protected.”

The Magical Mystery Show! takes you through a “portal” back in time into the styles of the Victorian era. Back then, the parlors in America and Across the Pond were beehives of social relations allowing the well-heeled in society to interact, relax, dine, and most importantly, enjoy the arts. The Parlor Magician was the King of Entertainment during these golden years. Now… he’s back! “You’ll need a password to enter our shows. Not to worry, it is printed on your ticket“, said Todd. New shows are opening in new venues regularly. They also close out and our featured magicians move around venues. “Because our shows hold under 60 guests, they regularly sell out well in advance. Plan ahead for your trip to ensure you get tickets far in advance,” said Lynx.

Hotel Magic, LLC is headquartered in the Islands of Hawaii, USA, with global operations and rapid expansion. Jonathan Todd, MD (Master of Deception) is our founder and Chief Executive Officer. Jonathan Todd has produced and managed major theatrical events, iconic celebrities including Mick Fleetwood of Fleetwood Mac for over 20 years, has a Grammy Nomination, and has performed magic professionally and vocationally since bitten by the magic-bug at the ripe age of 7. He has been described in major magic sites and periodicals as “a Magician’s Magician”, is a member of The Academy of Magical Arts and Sciences (The Magic Castle), The International Brotherhood of Magicians, and The Society of American Magicians but he is equally at home in the areas of corporate management, marketing, licensing, and branding. Jonathan Todd is also the owner of 808 Marketing, LLC, a marketing, consulting and management firm which won the Pacific Business News Pineapple Award for leading tourism initiatives this year.

The corporation’s management team hails from an old-school tradition of honesty, integrity, charity, and fraternity. The top management has worked together for years to better their communities and the world. They work together as a “beehive” with inexhaustible zest and passion. Those Illuminated readers will understand the symbology. As a result of the origins of their relationships, a portion of every ticket gross sale is donated to “worthy and well-qualified” charities. Currently a portion of each ticket sale goes to support The Maui Shrine Club, Aloha Shriners, and The Academy of Magical Arts (The famous Magic Castle in Hollywood, California. Parties with charity needs in Hawaii and London should reach out via the contact form at the website www.Hotel-Magic.com and make a suggestion.

The first contracted performers include superstars Nathan Coe Marsh, Shoot Ogawa (from Japan), TC Tahoe, and Hawaiian Curtis Kam. Professional magicians with world-class credentials not already signed to this project should reach out provided they have at least 10 years of cruise line work and have appeared as a resident magician at the Magic Castle at least 10 weeks — or have won America’s Got Talent, appeared on Masters of Illusion, or have won Penn & Teller: Fool Us.

DJ Cole Cherry is Super Excited for his new Single “Back of Your Mind” to hit the Radio, January 2022

DJ Cole Cherry is Super Excited for his new Single “Back of Your Mind” to hit the Radio, January 2022

Rotharium – a voucher for everyone

Ball Together Foundation Donates 5,000 Pieces of Sports Equipment to Children in Rwanda