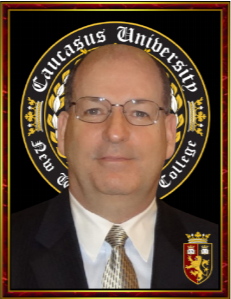 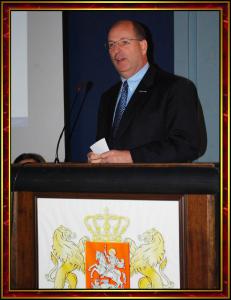 General Robert E. Lee Goodwin on how to write an effective change-of-command speech. Either leaving command or assuming command your speech should be impactful.

LOS ANGELES, CALIFORNIA, UNITED STATES, October 21, 2021 /EINPresswire.com/ — A lousy speech during the change of command ceremony would stand out like a sore thumb. Everything in the ceremony is determined by crisp, precise military action, full of dignity and courtesy. Tradition determines most of these acts leaving little room for a personalized approach by participants, except for the speech. A speech that is way out of tune with the crispness of the ceremony would be a mess. Many commanders are well-practiced in the art of public speaking, but you may be caught up with preparations. That may leave you out of time to prepare, but we have some suggestions to help you fashion a good one fast whether you are going or assuming command. In this article, General Robert E. Lee Goodwin outlines writing an effective change of command speech.

Thank all attendees for coming to the ceremony but welcome all significant people in attendance by name, including Sergeant Majors and General officers. Whether you will mention all of their names will be determined by how many of them are present. The speech shouldn’t be more than 8-10 minutes regardless of the attendees present.

Always welcome your commanding officer by name and mention other people who stand out. They could be war heroes who stand out, etc.

Mention the virtues of honor, duty, and sacrifice using some of the soldiers who served under you to give context. You can mention any of them who fell or were wounded in the line of duty.

Talk about your command without blowing your own trumpet. It is advisable to use the perspective of the soldiers who served under you on this point. Mention people who made significant contributions to the success of your command.

Thank the soldiers along the chain of command and your family. Mention your spouse and family by name.

According to General Robert E. Lee Goodwin, as an incoming commander, your speech should be short. It is not time for you to outline your ‘manifesto,’ you will have time for that with your soldiers later. Give the outgoing commander more time to speak as this is their last time; they have more to reminisce- your speech shouldn’t be longer than 2-3 minutes.

Welcome the guest sparingly. By the time you rise to speak, at least two other speakers will have received the guest, so it will be unnecessary to mention the entire list, but the following are a must mention.

Your superiors for allowing you to serve in your new capacity and the outgoing commander and their family for their service. Wish them success in their new posting, and no matter how much you disagree with their way of doing things, don’t even consider mentioning it.

Thank the squadron you are joining for allowing you to be part of the team and express that you intend to work with them. Now under your command, the soldiers probably had nothing to do with your posting, but your leadership will only be successful if they feel part of the team. Make sure to remind them that they are.

Thank your family for their support so far and for agreeing to support you in your new posting.

Rehearse your speech several times before delivery and ensure you have a backup copy in case you misplace the main one.

The information contained in this biographical summary is accurate and verifiable by legal documentation.