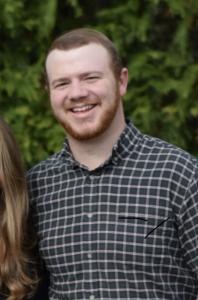 “In Baton Rouge, we understand flooding, but the flood of 2016 was unlike any other,” Connor Crenshaw said. “The system was slow-moving, and it just continuously dumped rain on us for days. It has been referenced as a 500-year event.”

Crenshaw explained that this catastrophic flood was said to be one that happens less than once per lifetime. The flooding was created by a large amount of moist air hovering in the Gulf of Mexico. This air collided with a storm system that was extremely slow-moving.

Experts explained that the storm hovered over Baton Rouge for days, dropping nearly 30 inches of rain in certain areas. This immense amount of rain crated flash floods and river flooding that destroyed homes, businesses, and so much more.

“All the creeks and waterways filled first, then the rivers began to overflow,” Connor Crenshaw said. “The water all rush southward, affecting East Baton Rouge, Livingston, Ascension, and Tangipahoa the worst.”

Officials recorded that between 50,000 and 75,000 total structures flooded during those few days. Thirteen lives were lost.

East Baton Rouge saw 26.83 inches of rain in just two days. The previous record for two-day rainfall in the state of Louisiana was 25 inches. All of this rainfall caused rivers to reach record levels.

“A major question amongst Baton Rouge locals is whether an event like this will happen again,” said Connor Crenshaw. “According to the National Weather Services, there was a .1 percent chance of this happening in East Baton Rouge in the first place.”

Unfortunately, those 1 in 1,000 odds did not work in the city’s favor. Other areas experienced rainfall that had 1 in 500 odds of occurring. The event has since been widely researched, and scientists suggest that this event is likely to occur less than once every 500 years.

“I hope the city of Baton Rouge and the state of Louisiana never have to experience another event like this one,” Crenshaw said. “It is said to be a 500-year event, but the truth is, nobody knows when another major flood like this can occur.”

Crenshaw is a Baton Rouge local and an active contributor to the community. He and the entire Baton Rouge community have spent years working together to restore the homes, businesses, and families harmed by the flooding.