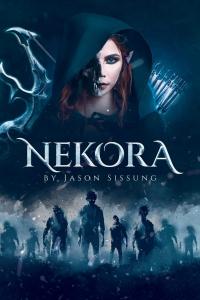 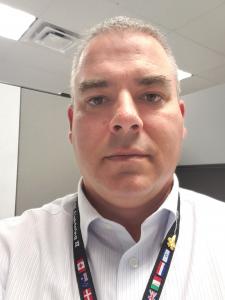 TEXAS, UNITED STATES, October 15, 2021 /EINPresswire.com/ — In fantasy conventions, a necromancer is a practitioner of a form of black magic that lifts the veil between life and death to communicate with those that have passed and even command the dead. They are typically portrayed as evil or villainous beings. But with his fantasy novel, Jason Sissung treats readers to a more complex depiction of necromancers and their origins, one that delves into the grey areas between good and evil. This is the story of “Nekora.”

The titular elf is a sweet, loving and family-oriented soul who loves to joke around with her friends and enjoys gossiping. Yet this idyllic life is not meant to last, for tragic events take place that are out of control and the crisis causes her to change. While she attempts to keep her emotions in check, her situation worsens, her desperation grows. But amidst all the anguish and hopelessness lies one path to power and control, one way to regain some semblance of determination rather than be swept away. Thus readers will see the birth of the first Necromancer, a being that wields mastery over the boundary between life and death, eldritch abilities that most see as a violation of the natural order, an abomination that defies all that is good and holy. Black magic at its darkest, only practiced by the most foul and evil.

But Sissung’s narrative asks the readers if it is truly as simple as that, if wielding such ghoulish arts naturally translates to an evil nature. “Nekora” goes further and asks what nature itself means, whether a person is innately good and evil, and if the choices they make in life are solely their own doing or the result of circumstances that leave them with limited options. An aficionado of fantasy fiction and an avid Dungeons & Dragons player, Sissung’s narrative explores people and settings in ways that are beyond character sheets, statistics and dice rolls, entering murky and amoral territories where boundaries blur, where matters are not so clear cut as traditions would dictate.

The portrayal of evil forces in “Nekora” shows what can possibly cause said darkness to emerge in the first place, what drives it, its volition. A lover of tabletop roleplaying games, Sissung says his favorite character type is the necromancer. Realizing that this character class is almost always depicted in various media as evil in nature, he wondered what made them in the first place. This inspired “Nekora.” He leaves the interpretation of evil for the readers to decide, in Sissung’s words, “Decide yourself whether Necromancers are evil in nature. This is not the explanation of all Necromancers, just the first one. It was written to inspire thought.”

About the Author
An avid video gamer and technophile, Jason Sissung served as an Electronic Warfare Operator which he describes as a job that is similar to playing games, then he went on to be an instructor and an engineer.

Smart Sensor Market is Projected to Reach $91.37 Billion by 2027 | Upcoming Trends and Opportunities