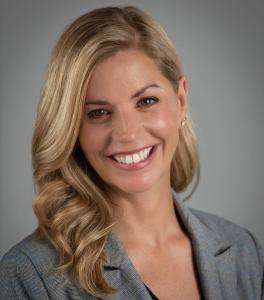 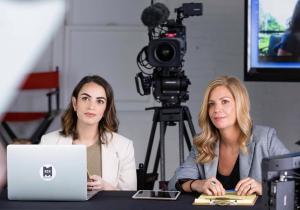 With this great team on board, MCM now handles what was the missing link in a complete film production eco-system from budgeting all the way through distribution”
— MCM Executive-in-Charge Ellyn Vanderwyden

NEW YORK CITY, NY, UNITED STATES, May 3, 2022 /EINPresswire.com/ — After taking an eight-year hiatus to raise her family, two-time Emmy-winning casting director Mary Clay Boland is back in New York City to lead MCM Creative’s newest division: MCM Casting. Mary Clay will significantly expand MCM’s existing casting infrastructure by adding film and television projects to the commercial and voiceover casting services MCM currently performs. She is also excited to develop the division to handle external projects created outside of MCM and looks forward to reconnecting with many of her former collaborators from her eighteen years as one of New York’s top casting directors.

Boland began her casting career at the Circle Repertory Theater and transitioned into film and TV, working with Walken/Jaffe Casting, then tenure at Warner Bros. Studios. During her illustrious career, Mary Clay cast projects such as The Sopranos, Friends (New York casting), Gilmore Girls, Third Watch, As the World Turns, My Pretty Face is Going to Hell, and Under the Eiffel Tower.

“It has been amazing raising my daughter for the last eight years, but my passion for casting and the incredible New York community kept pulling me back in,” says Boland. “I am so excited to start this new partnership with MCM Creative and be part of this post-Covid wave of creativity in New York production.”

Hear more from Mary Clay on this week’s episode of the podcast Little Known Facts with Ilana Levine, where she talks about her career and excitement about joining MCM.

Assisting Mary Clay will be Alexandra Berenbaum, a graduate of Binghamton University. Alexandra began her career in the film industry with an internship at Telsey + Co., giving her a glimpse into the world of casting. She brings a unique perspective to casting, having acted professionally for the past eight years with a genuine love for the craft. Alexandra is thrilled to be working with Mary Clay and hopes to assist her in building up the MCM Casting division into one of the foremost casting companies on the east coast.

Michael Canzoniero, Founder and CEO of MCM Creative, commented, “Mary Clay cast my first feature “The Marconi Bros.” (SXSW ‘08) and was an indispensable part of the success of that project, helping us discover amazing new talents such as Zoe Lister-Jones and Dan Fogler. Being a full-service production company in the heart of Manhattan that offers everything from sound stages and lighting trucks to color correction and sound mixing, MCM Casting is a natural extension of our brand and one of the few aspects of the filmmaking process we haven’t historically served. I really feel fortunate to have Mary Clay heading up this division and bringing her extensive experience to MCM.”

MCM Executive-in-Charge Ellyn Vanderwyden (Producer of HBO’s “Weight of Gold”) also sees a lot of synergy with the addition of casting to the MCM list of services. “With this great team on board, MCM now handles what was the missing link in a complete film production eco-system from budgeting all the way through distribution.”

Mary Clay and Alexandra, in partnership with MCM Creative, will also offer services for actors such as self-taping, coaching, career consultation, reel editing, headshots, and voiceover reels. Also in the works is a new casting podcast by Alexandra Berenbaum spotlighting the next generation of great actors coming out of New York. Visit https://www.mcmcreativeproductions.com/casting

MCM Creative is represented by Rick Dorfman at Authentic Talent and Literary Management.

Chris Torres, a well-known chess instructor from California, is volunteering his time for 3 weeks no cost chess training

Chris Torres, a well-known chess instructor from California, is volunteering his time for 3 weeks no cost chess training