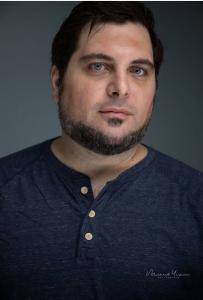 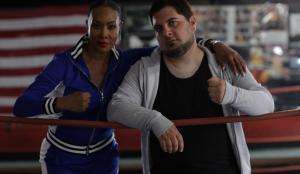 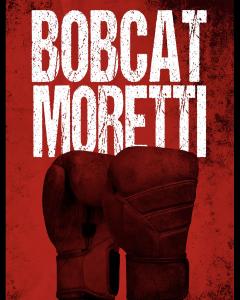 Tim Realbuto (The Sopranos), Taryn Manning (Orange Is The New Black), Vivica A. Fox (Independence Day) have joined the cast of ‘Bobcat Moretti’ written by Tim Realbuto and directed by Rob Margolies. “Bobcat Moretti” is a dramatic tale of overcoming personal tragedy.

Tim Realbuto (known from The Emperor’s Club, Yes) stars in this moving portrayal of MS patient, Bobby Moretti, as he takes up his father’s sport of boxing to overcome immense personal tragedy and find inner peace. Realbuto is joined by a star-studded cast of Vivica A. Fox (known for Kill Bill and Independence Day), Taryn Manning (known for Orange Is The New Black and Hustle & Flow), Sheria Irving (known for Them and Twenties) Matt Peters (known for Orange Is The New Black and Weeds), Sally Kirkland (known for Anna and JFK), Louis Mustillo (known for One for the Money and The Peacemaker), Jay Hieron (known for The Equalizer 2 and Lethal Weapon) among others.

Realbuto is not new to the entertainment industry, he was born and raised in Brooklyn, New York and from an early age, he began performing on stage. His long list of New York theatrical credits include: Oliver Twist in “Oliver!”, Edmund in “The Lion, The Witch and the Wardrobe” (alongside actress Monica Keena); Judas in “Jesus Christ Superstar”; The Minstrel in “Once Upon A Mattress”; Tom Wrench in “Trelawny of the Wells”; Napthali in “Joseph and the Amazing Technicolor Dreamcoat”; Billy Crocker in “Anything Goes”; Oscar Lindquist in “Sweet Charity”; The Baker in “Into the Woods”; Louis Ironson in “Angels in America: Millenium Approaches” (directed by Academy Award winner Milton Justice) and the acclaimed Shakspeare in the Park production of “Romeo and Juliet” in which Tim starred as Romeo Montague. Tim is a member of the Screen Actor’s Guild and Actor’s Equity Association and is the proud recipient of the 2002 Rotary Club Award for Best Teen Vocalist in Brooklyn. His appearances include performances at Carnegie Hall, New York City Opera at Lincoln Center, Madison Square Garden, and singing the National Anthem for the Brooklyn Cyclones baseball team (which aired on Fox sports network). Tim is also a successful writer and director, having co-written and directed the hit musical ‘Ghostlight’, which premiered at Off-Broadway’s Signature Theatre starring Rachel York, Michael Hayden, and Tony Award winner Daisy Eagan. Tim is still acting in various stage productions but is heavily pursuing other writing and directing projects as well. Tim graduated with honors from Five Towns College where he received his B.F.A. in Acting.

Sixteen years ago, NYC stage actor and writer Tim Realbuto’s mom was diagnosed with Multiple Sclerosis. Multiple Sclerosis, (MS) is a potentially disabling disease of the central nervous system (brain and spinal cord). Since her diagnosis, Tim has been caring for his mom, and he’s learned enough to know that there have been many wonderful contributions to the medical management of MS. He’s also learned enough to know that sometimes if your head is not in the right space, even the very best of medical progress is not enough. As he researched MS with a mission to help his mother, Tim learned that lack of exercise and obesity can increase your body’s risk of developing many potentially serious health conditions, and make it more difficult for your body to fight diseases as well. It’s been a long sixteen years, but the lessons he’s learned along the way made Tim take a long look at himself and his own struggles with obesity. In doing so, he realized there is a story to be told here. He’s chosen to tell that story, and simultaneously live it, in front of a camera. As the main character in Bobcat Moretti, Realbuto with the help of doctors, nutritionists, and trainers he set a goal to lose 100 pounds during the shooting of this film. Half of the film was shot in the fall of 2020, during which time Tim lost 60 lbs. Production film happened over the span of a year in order to give Realbuto time to lose the 100 pounds needed to realistically portray the role. Films that are shot in order to record the progress of a character’s life are not new to the film industry. (2014’s Academy Award-winning BOYHOOD, filmed over a span of 12 years!) Actors losing or gaining weight for a role? That’s not news in the acting world either. What is new and different is the gusto and ambition which Realbuto and co-writer/ director Rob Margolies bring to
the telling of this heartwarming story, and the message that “anything is possible” to the world while raising awareness about obesity and MS.

Tim Realbuto plays the part of a man who loses his family in a tragic accident and comes face-to-face with drug and alcohol abuse in addition to severe weight gain. Through the discovery of his late father’s sport of boxing and a tough but caring coach (played by Vivica A Fox), Bobcat Moretti is able to overcome personal tragedy and find inner peace. As he was writing the story along with co-writer and director Rob Margolies, Realbuto whose most recent film “Yes” (based on his Off-Broadway play of the same name) was recently released on all streaming platforms, decided to portray his character as an MS patient in addition to his problems with obesity, drugs and alcohol to honor his mother. In his real life, Tim is working hard to lose weight, achieve the goal and prove “anything is indeed possible” to honor his future health. Bobcat Moretti is being released in 2022 by Different Duck Films and directed by Rob Margolies (She Wants Me; Immortal).

bsbltyping Typing Tests dominated by Canadian super-fast typist ,typos_z, “We have not seen anything like this before”