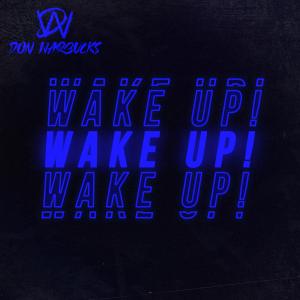 Wake Up! by Don Warbucks

BROOKLYN, NEW YORK, UNITED STATES, October 1, 2021 /EINPresswire.com/ — Don Warbucks is a rap artist with a unique and different approach. He loves to rise up to a challenge, and he never loses the ability to dish out a splash of unfiltered creativity. His most recent studio release, WAKE UP!, is a perfect taste of what it means to come up with music that constantly refines an artist’s perspective.

In addition to Don’s spontaneous songwriting style, it is worth mentioning the fact that the music is incredibly well-produced, and the sound has so much clarity, perfectly highlighting Don’s beautiful vocal prowess, as well as his ability to constantly innovate his flow and try out new ideas, even within the context of the same release!

One thing’s for sure: this release is a great indication of the fact that the future is looking good for Don, who has been on a really prolific creative streak as of late!

Find out more about Don Warbucks, and do not miss out on WAKE UP!, which is now available for listening on some of the very best digital music streaming services.

Tuesday is Information Overload Day. Hear From Experts from IBM, Intel, and Major Research Firms About What to Do.

Tuesday is Information Overload Day. Hear From Experts from IBM, Intel, and Major Research Firms About What to Do.