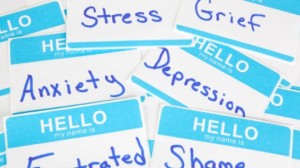 A psychiatric “diagnosis” of a mental disorder is a subjective, unverifiable evaluation of behavior, not an objective, scientific measure. 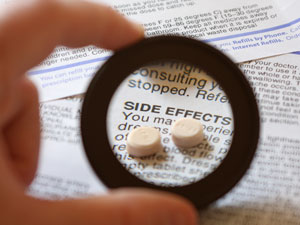 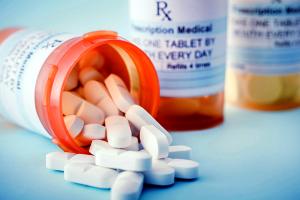 Antidepressants and antipsychotic durgs are associated with persistent post-withdrawal disorders and the potential for severe symptoms, say researchers.

Doctors may be well aware of research finding the drugs ineffective for many patients, while exposing them to the risk of serious adverse effects.

WASHINGTON, DC, US , December 21, 2021 /EINPresswire.com/ — The American Medical Association recently released a “Psychopharmacology How-to Guide” to address primary care physicians who may feel “ill-equipped” to prescribe psychotropic drugs to their patients, according to the publication.

But could that unwillingness to prescribe these powerful, mind-altering drugs be based on the doctors’ knowledge of research that has found the drugs largely ineffective, while carrying serious side effects for patients taking or discontinuing the drugs?

The AMA guide suggests the primary care physician decide which patients to refer for further assessment and diagnosis by a “behavioral health specialist” – a category that includes, in addition to psychologists and nurses, individuals trained in “health education or lifestyle counseling.”

If the physician is not comfortable prescribing a psychotropic drug that may be recommended by such a behavioral health specialist, the guide recommends that the matter be turned over to a psychiatrist to prescribe it.

However, physicians who decide not to put their patients on psychiatric drugs have science to back them up.

It is a fact that “diagnoses” of mental disorders are subjective, unverifiable evaluations of behavior. No less than Thomas Insel, former director of the National Institute of Mental Health (NIMH), admitted in a 2013 blog on the NIMH website that psychiatric diagnosing has no validity. He wrote that “diagnoses are based on a consensus about clusters of clinical symptoms, not any objective laboratory measure.”

This means that psychiatric “diagnosis” is the antithesis of the objective, verifiable measures physicians rely on for true medical diagnosis. Beyond that, doctors would be right to have concerns about the psychotropic drugs.

Take antidepressants, the most prescribed class of psychiatric drugs. Research has linked these drugs to deepening depression, violence, and suicidal thoughts and actions, while also finding that the drugs are ineffective for most people.

Researchers Pim Cuijpers, Ph.D., and Charles F. Reynolds II, M.D., writing in JAMA Psychiatry in November 2021, pronounced current psychological and drug treatments for depression largely ineffective. “The effects are modest, relapse rates are high, and many patients do not respond to treatments at all,” they wrote. “Current treatment can reduce only an estimated one-third of the disease burden of depression at the population level and only under optimal conditions.”

Meanwhile, antidepressants are the subject of at least 155 warnings issued by international drug regulatory agencies and at least 283 drug studies’ findings of adverse effects of the drugs, as found in a search for “antidepressant” on the Citizens Commission on Human Rights online psychiatric drug side effects search engine (www.cchrint.org/psychdrugdangers).

The top side effects reported to the FDA include anxiety, insomnia, depression and suicidal ideation. The FDA requires antidepressant drug labels to warn of the increased risk of suicide in children and young adults through age 24. However, research has found a similar risk for adults.

In a 2016 study, Nordic Cochrane Centre researcher Andreas Beilefeldt and his team conducted an extensive and systematic analysis of clinical trials in which SSRI (selective serotonin reuptake inhibitor) and SNRI (selective norepinephrine reuptake inhibitor) antidepressants were given to healthy adult volunteers with no signs of depression. The unequivocal conclusion, published in the British Journal of the Royal Society of Medicine, was that “antidepressants double the risk of suicidality and violence.”

The adverse effects of antidepressants most reported to the FDA were the serious withdrawal symptoms experienced when users took a lower dose or discontinued an antidepressant. Depending on the drug and the length of time taken, those withdrawal effects may include high blood pressure, electrical shock-like “brain zaps,” seizures, stroke-like symptoms, amnesia, fear, anger, aggressive behavior, hallucinations, and suicidal thoughts.

A review of the current literature on withdrawal symptoms by Fiammetta Cosci and Guy Chouinard, published in Psychotherapy and Psychosomatics in 2020, found that even with a gradual reduction in dosage, withdrawal symptoms can occur in all classes of psychoactive drugs. The researchers took special note of SSRI and SNRI antidepressants and antipsychotic drugs, which they found were “associated with persistent post-withdrawal disorders and potential high severity of symptoms.”

Antipsychotic drugs are the subject of at least 113 warnings from international drug regulatory agencies and 216 drug studies finding risks of weight gain, diabetes, heart problems, stroke, death, and the jerky, involuntary movements known as tardive dyskinesia (TD), which may be permanent even if the drug is discontinued.

A 2014 study at Emory University’s movement disorders clinic found that only about one in eight patients with TD ever fully recovers from it, leading one of the researchers to conclude that the findings “should emphasize the seriousness and permanency” of TD.

Patients who discontinue antipsychotic drugs also face the risk of long-lasting and severe withdrawal symptoms, as noted in the Cosci and Chouinard research.

These drugs, which are typically used for long-term treatment of schizophrenia and related disorders, have been found to be no more effective in reducing symptoms when patients take them over longer periods than when the drugs are discontinued early on. In fact, research suggests patients’ prospects for a full recovery appear to worsen with longer-term antipsychotic drug use.

As Dr. Peter C. Gotzsche, professor in clinical research design and analysis at the University of Copenhagen, concluded in a study reported in the International Journal of Risk and Safety in Medicine: “If we accept the evidence-based premises that antipsychotics and antidepressants do not have clinically relevant effects and that the patients dislike them, the data suggest massive overuse of the drugs, to a remarkably similar degree.”

Primary care physicians are the gateway to good health for patients. They are on solid ground if, in following the science, they decide not to start their patients on drugs whose benefits, if any, may be far outweighed by the adverse effects experienced when taking or discontinuing the drugs.

The Citizens Commission on Human Rights (CCHR) continues to make consumers aware of the dangers of psychiatric drugs and to advocate for the full disclosure of the risks of serious side effects and withdrawal symptoms from these powerful, mind-altering drugs, so that patients can make fully informed decisions about taking or discontinuing the drugs. CCHR also continues to press government mental health and drug agencies to issue further warnings about the risks of these drugs.

CCHR was co-founded in 1969 by members of the Church of Scientology and the late psychiatrist and humanitarian Thomas Szasz, M.D., recognized by many academics as modern psychiatry’s most authoritative critic, to eradicate abuses and restore human rights and dignity to the field of mental health. Since then, CCHR has helped obtain more than 180 laws that protect mental health patients.

The CCHR National Affairs Office in Washington, DC, has advocated for mental health rights at the state and federal level. The CCHR traveling exhibit, which has toured 441 major cities worldwide and educated over 800,000 people on the history of abusive psychiatric practices up to the present time, has been displayed in Washington, DC, at the Congressional Black Caucus Foundation Annual Legislative Conference and other locations.

Want To Step Up Your Toilet Paper Market ? You Need To Read This First

Want To Step Up Your Toilet Paper Market ? You Need To Read This First