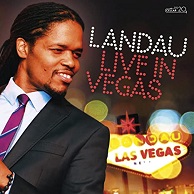 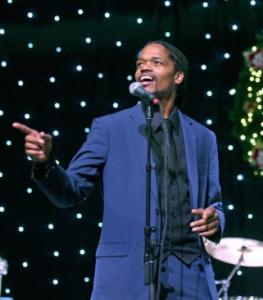 ~Song now available to stream on Spotify, Apple Music, and all digital platforms~

“This song hits close to home because it was written and performed by my fellow West Virginian Bill Withers,” says the Logan WV native Landau. “I had the pleasure of meeting and hanging out with Bill at the West Virginia Music Hall of Fame ceremony a few years back and headlining a tribute concert to Bill, and this is my chance to keep his legacy going.”

The album is filled with Landau’s take on the Great American Songbook as well as classic R&B, all backed by this long-time band, with guest background vocals by former Temptations and Four Tops lead singer Theo Peoples.

The much-awaited digital release of Landau’s “Live in Las Vegas” full album is scheduled for the first week of December, just before the Holidays, making it a perfect gift for your music-loving family and friends.

After sold-out shows in Las Vegas and Los Angeles earlier this year, the AGT winner continues his tour, and his upcoming performances will take him to Texas, New York City, Atlantic City, Long Island, and more. He will be back in his home state of West Virginia for his highly successful ‘Home for the Holiday Tour’ beginning December 9th and sponsored by Par-Mar Stores.
LANDAU: LIVE IN VEGAS was produced by Ritch Collins, who also helmed his “Christmas Made For Two” holiday collection and mastered by Jeff Bosley from NPR’s ‘Mountain Stage.’