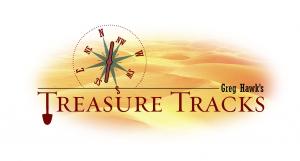 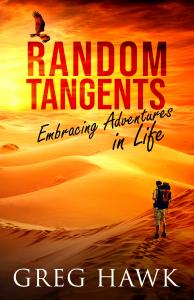 Greg Hawk- Author, Entrepreneur, and Treasure Hunter lived eight years in Australia where he ran a successful charter boat operation on the Great Barrier Reef. He tells about some of his Australian adventures in his book, “Random Tangents: Embracing Adventures in Life.” Being a Divemaster he continually searched for new scuba diving sites and was always looking for the sunken ship or plane along the reef. He has a wealth of information from the time he spent there and now wishes to see if he can be successful at exploration into a past story.

In one of his trips out to an outer reef he found a large oblong iron ring in 80 feet of water that looked to be off an old sailing schooner. He tried to make it to surface with the iron ring but had to drop it. His air supply was too low to provide the buoyancy needed to raise it to the surface. Was this a wreck site of a wooden sailing ship? Maybe it is time to go back and find out.

There are other unique stories along the coast of Australia and the Great Barrier Reef that offer things to be found. One story was of a large tsunami wave that came over the outer reef and sunk 40 pearling luggers and five schooners in a bay close to land. Is the bottom of the bay still scattered with the remains of the fleet? Pearling was a large industry in Australia back in the mid-1800’s so a lot of history can be intertwined into this story.

Greg Hawk’s YouTube videos have started gaining popularity with new subscribers signing up every day. Currently he has three more short videos ready to shoot for his YouTube channel, Random Tangents, and working on three longer ones for possible TV production.

During the past six months he has researched and visited treasure story sites to uncover as much as possible about each one. His first question to all treasure stories is whether there is a thread of truth to the story or is it just another piece of fiction. Digging through old newspapers and magazines help in determining some stories from the late 1800’s forward but earlier than this the facts become cloudy at best sometimes. In the end it is all about the adventure while searching and exploring new areas.

Desert Roamer Press is currently seeking a production company or individual that would like to be involved in the production of these treasure & adventure stories for a TV audience. The current treasure stories we have researched and explored cover four states in the Southwest. More treasure stories can be added to include other states and this could enhance the viewership throughout the country.

In his recent posts to different treasure hunting, hiking, and camping groups he has had a great response. The Desert Roamer Press website, during a one-week period, was viewed over 1,700 times by individuals from over 15 countries thus showing the international appeal to the stories.

ABOUT THE AUTHOR:
Greg Hawk is the president of Desert Roamer Press, an adventure travel publisher specializing in treasure hunting in the American Southwest. He is currently involved with the production of treasure videos that highlight a particular area of the state in which each one is produced.

Prior to founding Desert Roamer Press, Hawk was the owner/operator of Fantasy Dive Charters out of Port Douglas, Australia. From this base, he led diving expeditions out to the Great Barrier Reef and into the Coral Sea while exploring to find sunken ships and planes.

Hawk was raised in a small farm town in Illinois and after two years in college he joined the army and was sent to Vietnam. Returning home, he worked in commercial construction and eventually heavy civil construction focusing on water resource projects for the government and private entities.

Desert Roamer Press is Negotiating to Film a Documentary about the Walnut Grove Dam Disaster of 1890.

Desert Roamer Press is Negotiating to Film a Documentary about the Walnut Grove Dam Disaster of 1890.

A Cheaper, high-quality and environmental friendly CPAP cleaner has been released by Vastmedic