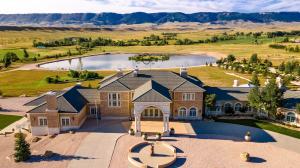 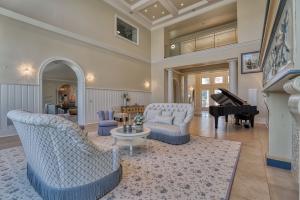 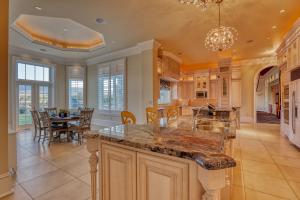 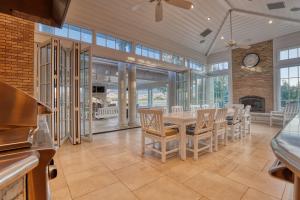 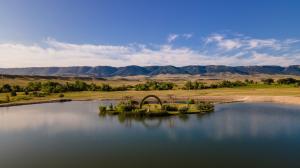 WYO Manor off the North Platte River in Wyoming is pending sale In cooperation with Richard Lewis & Chopper Grassell of Live Jackson Hole at Compass.

Having worked with Concierge Auctions many times, I can say that they continue to impress me each time. Together, our combined efforts found the perfect buyer for this one-of-a-kind ranch property.”
— Listing Agent, Chopper Grassell

NEW YORK, NEW YORK, UNITED STATES, October 8, 2021 /EINPresswire.com/ — Concierge Auctions is pleased to announce that WYO Manor, set within the Laramie Mountains in the heart of Cowboy Country in Wyoming, is pending sale in cooperation with listing agents Richard Lewis and Chopper Grassell of Live Jackson Hole at Compass.

Previously listed for $24.5 million, the property sold via auction on October 5th.

The global exposure generated by Concierge Auctions in the 34 days prior to the sale resulted in over 31,000+ website/page views, 780+ prospects, 13+ showings, and 6 bidders.

“The essence of Wyoming-living is as good as it gets at WYO Manor,” stated Listing Agent, Chopper Grassell. “Having worked with Concierge Auctions many times over, I can say that they continue to impress me each time. Together, our combined efforts found the perfect buyer for this one-of-a-kind ranch property.”

“Concierge’s world-class database combined with our local market expertise once again brought a competitive field of bidders to the auction, resulting in a competitive price,” added Listing Agent, Richard Lewis.

Comprising nearly 22,000 square feet, the property was designed with entertaining in mind, including seating areas for up to 100 people while the formal dining room features a soaring 25-foot ceiling. Commanding views of Casper Mountain make this estate an architectural standout.

Additional amenities include: a private office and conference room for up to 10 people; a separate 4,000-square-foot guest home with 5 bedrooms and 3 bathrooms; stately grounds with a waterfall and scenic lake, complete with sole access and usage rights; and proximity to the North Platte River and Hogadon Basin Skiing.

As part of Concierge Auctions’ Key for Key® giving program in partnership with Giveback Homes, the closing of WYO Manor will result in a new home built for a family in need.

For more information or to view all current offerings, visit ConciergeAuctions.com or call +1.212.202.2940.

About Concierge Auctions
Concierge Auctions is the world’s largest luxury real estate auction firm with a state-of-the-art digital marketing, property preview, and bidding platform. The firm matches sellers of one-of-a-kind properties with the most high-net-worth property connoisseurs on the planet. Sellers gain unmatched reach, speed, and certainty. Buyers get incredible deals. Agents earn their commission in 30 days. Since its inception in 2008, Concierge Auctions has generated billions of dollars in sales, broken world records for the highest-priced homes ever achieved at auction, and grown its activity in 44 U.S. states and 29 countries/territories. The firm owns the most comprehensive and intelligent database of high-net-worth real estate buyers and sellers in the industry, and has contributed more than 300 homes to-date as part of its Key for Key® giving program in partnership with Giveback Homes™, which guarantees that for every property the company sells, a new home is funded for a family in need. For more information visit ConciergeAuctions.com.

National Summit on School Safety Brings Prevention to the Forefront

National Summit on School Safety Brings Prevention to the Forefront