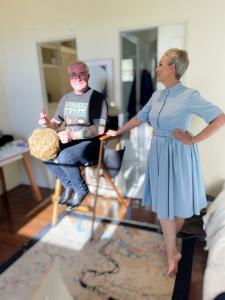 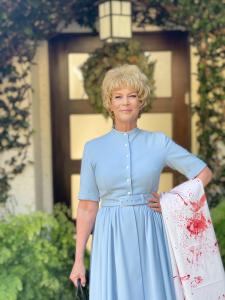 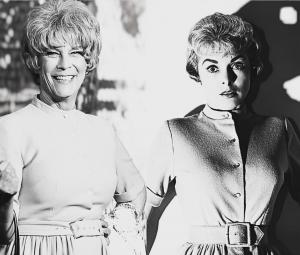 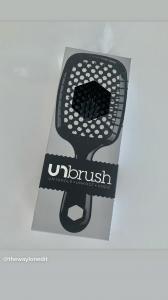 LOS ANGELES, CA, UNITED STATES, October 22, 2021 /EINPresswire.com/ — At the red carpet for ‘Halloween Kills’, Jamie Lee Curtis absolutely slays with her recreation of her mother’s look for ‘Psycho’, the Alfred Hitchcock classic where she plays the character of Marion Crane. The recreation of this look was actually an absolute mind flip when Sean James was originally given the incredible task of re-creating the look for Jamie. He was given pictures of Scarlett Johansson playing the character of Marion Crane as Janet Leigh.

So how did Sean create the character for Jamie Lee Curtis as gently as Marion Crane/Scarlett Johansson/Marian Crane? His first task was to find a wig that was in the golden blonde color, which was not an easy task because of the pandemic and the shortage of wigs there was not a lot of options available. Sean called Randy Sayer, who is one of the heads at the local 706, to find the actual wig that was made for Scarlett Johansson but was unable to locate it. There was a lot of research done so the next task was to find a wig that resembled the color first, but Sean didn’t worry about the haircut because he knew he could cut it into the shape of the bubble wig hair style of the time of the 50s where even Barbie had that hairstyle as one of her wig options. Sean was very much influenced by Janet Leigh’s look of the time; her makeup was done by talented Vogue editorial Make Up Artist Grace Ahn and her styling and dress was custom-made for her by the Universal Studios Costume Department. What an incredible job they did.

So where did Sean eventually find the wig? The week was found at an incredible wig store in the Crenshaw District where they had an incredible selection, but not many blonde wigs. Finally, Sean saw one curly wig that really stood out as the correct color, or as close as he could find, and decided to take that, home stretch it out, set it, and use his FHI Heat curling iron 1 1/4 inch with his stylus Hair Care high altitude spray and “stylus Hair Care” “stay put” spray.

“Unbrush” was designed to be in all black for Jamie lee Curtis by Sean James for FHIheat and it was used in the styling of the wig. They are available at fhiheat.com/specialdeal.

Then Sean went into the wig and did a basic brick wind and set the wig. He bet combed it a little bit and set it on the wing block and took it to Jamie. Sean brushed the wig out on Jamie’s head and did final touches, cutting wise taking some of the white out and just creating the look. Of course, it turned out so spectacularly, there has been such an overwhelming response to the look that Jamie said was brilliantly designed. “What an honor it has been working on the press with Jamie all over the world, including going to the Venice Film Festival for the world opening of ‘Halloween Kills’ and being mentioned in Jamie‘s acceptance speech for her Golden Lion Lifetime Achievement Award,” states James. “I am so grateful and enthusiastic about the incredible work we have to come for Halloween and I can’t wait for 2022 and all of the amazing things that we have planned for the future.”

Sean James originally came to America from Australia due to his wig-making skills. He has subsequently been a cutting and color educator for L’Oreal, Redken, and Phyto Universe. He has also styled for several fashion shows throughout fashion weeks in Los Angeles, Paris, and New York, including Balmain, Gucci, Vivienne Westwood, Dolce & Gabbana, Valentino, and Burberry. James has worked on Oscar-nominated films and is a two-time local 706 Guild Award nominee. He is a trusted expert panelist for product reviews and can be seen on Style Network’s “How Do I Look?”

Sean is also highly involved in giving back and volunteering his time for worthwhile causes, most notably for “Women in Film Prop 8” the play, and Rufus Wainwright’s “Christmas 101” for sarcoma research. Sean’s accomplishments and celebrity clients are well-known, but that doesn’t stop him from sharing his love of hair with his ordinary salon customers.

Mastercard Collaborates with OffGamers To Bring You 5% Off

Mastercard Collaborates with OffGamers To Bring You 5% Off