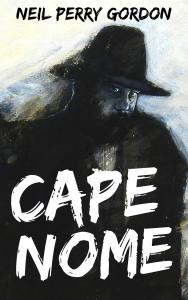 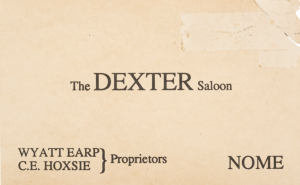 The streets of Nome

THE ALASKAN ADVENTURES OF PERCY HOPE

News of their good fortune spreads swiftly, and by the summer of 1900, tens of thousands of dreamers trek over land and by sea to the mines surrounding Anvil Creek and upon the Bering Sea beaches, where gold deposits pepper the soft sands.

Cape Nome chronicles the continuing adventures of Percy Hope, following his exploits two years earlier in Hope City. Percy, now a journalist for William Randolph Hearst’s San Francisco Examiner, is sent on assignment to Nome to report on the next great stampede.

Along the way, Percy encounters and befriends the legendary gunman Wyatt Earp and his spirited wife, Josephine, as well as an assemblage of amusing, disarming, and sinister characters, including a sea monster known as the Qalupalik.

Cape Nome is a riveting story of betrayal, murder, kidnapping, and government conspiracies, all of which form the backdrop for Percy Hope’s struggle to uncover the truth in a world poisoned by greed, deceit, and lies.

Cape Nome – The Alaskan Adventures of Percy Hope – Book 2 is now available on Amazon and Audible.