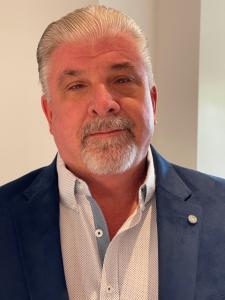 NAPLES, FL, USA, December 2, 2021 /EINPresswire.com/ — Entrepreneur Jon Parrish was born in Trenton, New Jersey. Today a resident of Naples, Florida, he’s lived in the Sunshine State since he was five years old. At the age of 13, Parrish won the Broward County Science Fair. Studying at Nova High School, a young Jon was awarded a National Merit Scholarship and earned his diploma in 1981. From 1981 to 1985, he attended the University of Florida as a National Merit Scholar.

Here, Parrish studied hard to achieve a bachelor’s degree in English literature. “I subsequently received a scholarship and teaching assistant position with the University of California Irvine,” he explains, “and was admitted to the PH.D. program there.”

Not long after, Parrish would go on to take the business world by storm. He quickly established himself as a management information consultant, where he provided advanced business consulting. At the same time, he was also successfully overseeing the design and programming of vital computer software applications for a variety of businesses.

Over the course of the next few years, Parrish won various awards for his professional efforts and subsequently built up a successful remodeling and rental firm. “I decided to go out into business on my own because I wanted unlimited potential,” reveals the businessman, “and because my spirit is inherently entrepreneurial.”

In 1991, he headed back to school, this time studying at Stetson College of Law in Gulfport. He ultimately graduated in the top 15 percent, earning the Paul Barnard Award for Excellence in the process. Just three years later, Jon Parrish went on to establish a law firm in Naples, Florida, where he remains a resident today.

Fast-forward two decades and, by the mid-2010s, Jon Parrish had retired from trial practice to become a partner in a large construction firm focused on high-end restoration and development. Today, Parrish continues to serve as CEO of the company and further owns, operates, and manages several other businesses in the same industry with locations in multiple states.

“The position I’m now in allows me to follow my passion, exercise unlimited creative thought, and, quite often, reward it, too,” says Parrish. A typical day for the businessman sees him managing a number of business enterprises, touching base with his partners in the firms he owns, solving outstanding problems, and generally overseeing his various endeavors. “I’m forever on the move from one project to the next,” he points out.

So, what keeps him motivated? “I’m motivated knowing that many people depend on me for a living, and by a retirement plan that never happens!” says Parrish. “I’ve decided that retirement may be a good thing to avoid,” he adds, wrapping up, “with the realization that I’d be bored if I did.”