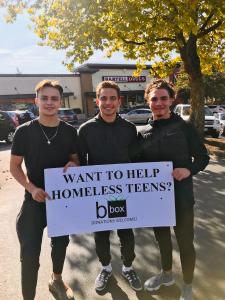 Most college students believe that racial justice is still a pressing issue, and about 55 percent of college activism in Northern America and Europe is aimed at this issue, he says. Students are increasingly asking to see records of campus police actions or to have the university include more black-owned businesses on supplier lists. They also often advocate for the paying of reparations to indigenous peoples.

Students, however, are not looking strictly at government or institutions to achieve racial justice, but are volunteering for organizations that help level the playing field. For example, some volunteer to tutor disadvantaged teens (many of whom are nonwhite) to help them achieve college admissions, he said.

Student loan debt surpassed $1.6 trillion in 2019, as tuition costs at many colleges continue to rise. Students are split on what to do about the problem of student debt. About half of them favor only modest changes or no changes in repayment options, while another half favor forgiveness for some or all students. Some believe that college tuition should be free or heavily subsidized, while others do not, he says.

Ayden Hector is a sophomore at WSU. He actively volunteers to help the disadvantaged through assembling and delivering emergency food boxes and leading B. Box, which cooperates with a local shelter to provide birthday celebrations for homeless teens. He also volunteers as a counselor at football and basketball camps for younger students.