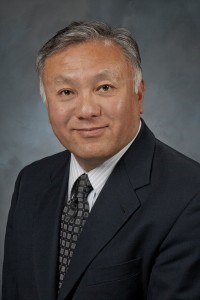 Dr. Hwang’s performance only came into question when two Honeywell/NTESS supervisors decided to treat him differently because he was an Asian American. Dr. Hwang’s career has been effectively ended.”
— J. Edward Hollington

LIVERMORE, CALIFORNIA, USA, December 21, 2021 /EINPresswire.com/ — Robert Hwang, PhD., who enjoyed a successful 28-year career with Sandia National Laboratories (SNL), rising to become a member of senior management at Lawrence Livermore National Laboratory, has filed a lawsuit against National Technology and Engineer Solutions of Sandia, LLC (NTESS), the organization managing SNL, alleging he was fired in January 2020 based on racial and national origin discrimination and retaliation.

Dr. Hwang was director of the Combustion Chemistry and Materials Sciences Center, one of the Lab’s seven functional centers in California. He was a member of senior management and the only East Asian American center director.

Dr. Hwang alleges the problems began in 2017 when the contract for lab management changed to NTESS, a subsidiary of Honeywell International, and Doris E. Ellis became his supervisor.

Dr. Hwang says his supervisors, Doris E. Ellis and subsequently Andrew McIlroy, treated him differently than the other six non-East Asian center directors, insulting and demeaning him, embarrassing him in public and referring to him as “fish rots from the head.”

Among his allegations are Ellis criticized him for not speaking up in meetings. “She suggested I put my elbows on the table and lean forward to make sure everyone knew I was participating,” he recalls, adding, “When I did speak up, she criticized me or ignored what I said.”

As director champion of the Asian Pacific Leadership Council, Dr. Hwang published a May 2018 blog entitled “Appreciating the value of quieter voices: An Asian American Perspective.” In that blog, he explained, “Asian and Pacific Islander culture places great importance on humility and thoughtful, intentional communication. . .we were raised to wait to speak until we had considered carefully what we were going to say and why.”

Andrew McIlroy replaced Ellis as Dr. Hwang’s supervisor in July 2019, reporting to Ellis. Dr. Hwang alleges Ellis and McIlroy threatened his job, indicated they intended to remove him from his center director position and tried to pressure him into taking a demotion.

When they were unsuccessful and after giving his center an overall positive performance evaluation in 2019, in late December McIlroy issued a Performance Expectation Plan (PEP) giving Dr. Hwang 24 hours to develop a 60-day performance plan, or either resign or appeal to an executive review committee. Concerned that McIlroy and Ellis were about to fire him and worried it would affect his pension and retirement benefits, the next day Dr. Hwang announced his intent to retire in March 2020.

After finding out his pension and retirement benefits would not be affected, in January 2020 Dr. Hwang decided to rescind his retirement two months before it was due to become effective. This was a common practice at SNL and other individuals has been allowed to change their minds before their retirement took effect. He also filed a charge of discrimination based on race and national origin with the Equal Employment Opportunity Commission (EEOC).

At the time they denied his request to return, both Ellis and McIlroy knew he had filed an EEOC claim and therefore was under a protected class. So Dr. Hwang contends the termination was, in part, retaliation for the EEOC charge.

J. Edward Hollington, Dr. Hwang’s attorney, explains, “Dr. Hwang is an American success story. He was born in Macao. His family immigrated to the U.S. from China and he became a U.S. citizen in 1973. He joined SNL in 1991 and was successful in running one of the Lab’s seven centers in California every year he was in charge. He believed that if you worked hard and did a good job, you could succeed.”

Hollington continues, “Dr. Hwang’s performance only came into question when two Honeywell/NTESS supervisors decided to treat him differently because he was an Asian American. He tolerated this discriminatory behavior for three years and tried to work with both of these supervisors, only to be fired. This kind of behavior should never occur in any organization at any level. Dr. Hwang’s career has been effectively ended. This lawsuit is aimed at stopping this kind of anti-Asian discrimination, not only at the national laboratories, but also throughout the scientific and business communities.”

Introducing MarketSquare.io (MSQ), The New Homepage for the Decentralized Web