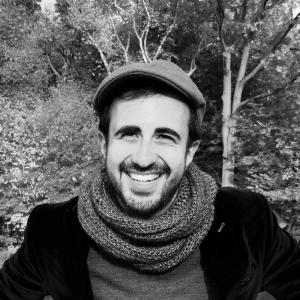 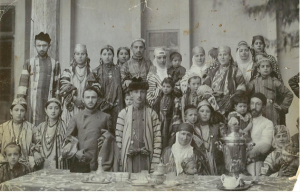 The American Sephardi Federation is empowering college students nationwide to discover the diversity, depth, and vitality of the Jewish people.

We find ourselves at a critical moment, one that presents many urgent challenges but also the opportunity to strengthen Jewish peoplehood and our engagement with the world.”
— Ruben Shimonov

NEW YORK, NEW YORK, USA, December 9, 2021 /EINPresswire.com/ — The American Sephardi Federation (ASF) is delighted to announce the appointment of noted educator and community builder Ruben Shimonov as the ASF’s National Director of Sephardi House & Young Leadership. Ruben will take the helm of this important mission as one of the most senior Sephardi members in the ranks of Jewish communal leadership, as well as one of the only millennials in such a position. Ruben brings diverse experiences and impressive skills to the critical challenges facing the American Jewish community, in particular to young Jews being confronted by antisemitism, alienation, and divisive ideologies.

Ruben’s appointment to lead a renaissance of Sephardic Jewish life on university campuses across North America underscores the importance of cultivating the next generation of leadership, a goal that is vital for Jewish continuity. At the ASF, Ruben has worked to increase awareness of the diversity and vitality of the Jewish people, as well as the classic Sephardic teachings that have been a source of strength, resilience, and unity throughout the ages.

In his capacity as National Director, Ruben will educate, train, and support the ASF Sephardi House Fellows, an annually selected group of exceptional Jewish students on college and university campuses across the United States. This year’s Fellows will be announced shortly.

Ruben was born in Uzbekistan in the former Soviet Union to a Bukharian Jewish family, at the crossroads of Sephardic, Mizrahi, Persian, and Russian-Speaking Jewish cultures. He immigrated to the United States at the age of six and was raised and attended Jewish day school in the Ladino-speaking Sephardic community of Seattle. He is comfortable speaking Hebrew, Arabic, Persian, Russian, and Spanish. Ruben is also a celebrated calligrapher whose work combines Hebrew, Arabic, and Persian. Ruben, an ASF Broome & Allen Fellow and lecturer at the ASF Institute of Jewish Experience, is a graduate of the University of Washington Honors Program with three majors: Near Eastern Languages and Cultures, Jewish Studies, and International Studies (Middle East Focus) from the Henry M. Jackson School of International Studies.

“My entire professional life has been dedicated to highlighting the eclectic mosaic of the Jewish world—particularly through the exploration of Sephardic and Mizrahi communities. We find ourselves at a critical moment, one that presents many urgent challenges but also the opportunity to strengthen Jewish peoplehood and our engagement with the world. As an educator, community builder, social entrepreneur, and proud Sephardic and Mizrahi Jew, I’m very excited to seize this opportunity with all my ability. With great enthusiasm and gratitude to my ancestors, I—in humble partnership with many others—look forward to elevating and celebrating the diversity, spirit, and knowledge of the Greater Sephardic world as an integral part of the Jewish experience,” according to Ruben.

In a number of prior roles and as a social entrepreneur, Ruben has championed Jewish diversity, inclusivity, and pluralism as a foundational component of Jewish identity. Ruben’s groundbreaking work as the Founding Executive Director of the Sephardic Mizrahi Q Network, a supportive and much-needed community for LGBTQ+ Sephardic and Mizrahi Jews, has won accolades across the Jewish world. SMQN operates with the fiscal sponsorship of the ASF. Ruben is one of multiple ASF Board and team members who serve on JIMENA’s Sephardic Leadership Advisory Committee, supported by the Jewish Community Response and Impact Fund. He has also served as Director of Community Engagement and Education at Queens College Hillel, Vice President of Education & Community Engagement of the ASF Young Leaders, Coordinator of the Diarna Geo-Museum of North African & Middle Eastern Jewish Life’s Summer Internship Program, and Director of Educational Experiences & Programming for the Muslim-Jewish Solidarity Committee.

“Ruben’s unique gift for mentorship and his passion for Jewish languages and history will enable Sephardi House to foster deeper Jewish learning on campus, while cultivating leaders and community builders among the students of today” said Joshua Benaim, the visionary founder of ASF’s Sephardi House. “We need a rebirth of Jewish education and campus community. New digital technologies have the potential to bring people together as never before. Centuries ago, the Jewish world was connected by boat or the Silk Road, and a responsum of Maimonides written in Andalusia or Cairo could be carried by merchants and find its way to Sicily or Yemen. Today, digital communications have the potential to restore the spiritual Silk Road and connect the ideas and culture of the greater Sephardic Jewish world with a new generation of Jewish students—wherever they may be studying—who may even serve as ambassadors on campus among other faiths and communities.”

“The creation of this fully-funded, full-time National Director position is a testament to Josh Benaim’s vision and his success with the ASF’s Sephardi House to elevate, amplify, and empower young Jews with the sweetness and light of our shared Sephardi intellectual and cultural legacy,” said the ASF’s Executive Director Jason Guberman.

The ASF’s President David Dangoor said: “It is wonderful and reassuring that the younger generations of Jews from the Middle East and North Africa are now more actively, and as leaders, taking pride in sharing their heritage. They understand the importance of making it better known as part of the Jewish experience and broader outlook. While the older generations were busy acclimatizing in their new and recent American Diaspora, the young can now actively share what they have learned from them and through loving educational curiosity for the Greater Sephardic tradition’s unique wisdom, openness, and constructive diplomacy.”

Launched in 2020, the inaugural Sephardi House Fellowship’s national cohort included 13 students at campuses across the United States, ranging from UCLA to CCNY’s Macaulay Honors College. Described by the students as “life changing” and a “source of strength,” the first cohort was featured in Tablet Magazine’s “The New Sephardic Generation.” Sephardi House was envisioned by Joshua Benaim, a Harvard University and Harvard Business School alum as well as Founder & CEO of Aria. The American Sephardi Federation preserves and promotes the history, traditions, and rich mosaic culture of Greater Sephardic communities as an integral part of the Jewish experience.