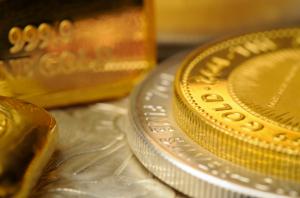 Gold and SIlver for Retirement

American Bullion Urges U.S. Citizens to Only Work With Companies That are Fully Complied With the IRS Regulations When Investing in IRAs.

LOS ANGELES, CALIFORNIA, USA, December 3, 2021 /EINPresswire.com/ — In spite of numerous warnings, some investors have chosen to “read between the lines” and assume it’s possible to be the trustee of their own IRA, in spite of specific rules. The problem has undoubtedly been exacerbated by the seemingly limitless number of unscrupulous Gold IRA companies advertising online, in financial publications, and even on television, encouraging the use of “Home Storage IRA’s.” Even the Industry Council for Tangible Assets, an industry watchdog, felt it necessary to issue a white paper in 2018 addressing the danger, titled “The Prohibition on Home Storage of Bullion Held in an IRA.”

While it is possible to set up an LLC and control one’s own IRA purchases (as long as a myriad of very stringent requirements are met), it is not possible to store the metals at home, whether in a safe, under your mattress, or anything else, which instead technically qualifies as a distribution. Those under 59½ years of age also qualify for an additional early withdrawal penalty of 10%. In the event an investor’s arrangement does meet the stringent trustee requirements, that investor is still required to hold the precious metals in an off-site and secure location, like a bank safety deposit box, a depository, or another similar and verifiable trustee-overseen location.

Eleven years ago, American Bullion pioneered the Precious Metals IRA Industry. Over the past several years, American Bullion has received many calls from clients and prospects regarding a “secret” or “new” opportunity to store metals for a Precious Metals IRA at home. American Bullion has consistently warned against such actions, because the IRS has made it abundantly clear that the use of “collectibles” in an IRA is strongly discouraged and intentionally provided a short list of IRS-approved items, including “highly refined bullion, provided it is in the physical possession of a bank or an IRS-approved non-bank trustee.” American Bullion regularly reminds clients and prospects that investors who break the rules and keep IRA-purchased metals at home are at greater risk of an audit and could face penalties, account expulsion and taxation as a result. Now it is official. Owners of individual retirement accounts with assets involving IRS-approved precious metal items can’t be stored at home! So ruled the judge in a recent Tax Court case, Andrew McNulty et al. v. Commissioner, whereby Mr. McNulty and his wife Donna were ordered to pay nearly $270,000 in taxes on IRA assets of about $730,000, plus penalties likely to exceed $50,000.