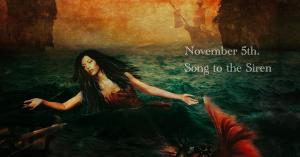 All in your head – Song to the Siren 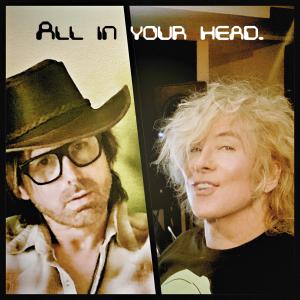 All in your head: Chip Moreland & G

All in your head are releasing their interpretation of the classic “Song to the Siren,” previously covered by “This Mortal Coil” and Robert Plant.

LOS ANGELES, CA, USA, October 25, 2021 /EINPresswire.com/ — All in your head, a duo/band from Los Angeles, CA, announce the forthcoming November 5th release of their interpretation of the Tim Buckley/Larry Beckett song and classic “Song to the Siren,” previously covered by “This Mortal Coil,” former Led Zeppelin singer Robert Plant, and many others.

“I was always moved by and could relate to the lyrical metaphor in the Tim Buckley song, the idea of a lover passive-aggressively pulling a lover in just to push them away, shattering them in the process,…who can’t relate to that to some degree?”, said “G”, lead singer and ½ of All in your head.

“Song to the Siren” was recorded at Race Horse Studios, Culver City, California, with Duncan Macfarlane engineering, hence the “Culver City Version” that will be listed on streaming platforms globally including Spotify, Apple Music, Amazon Music, Youtube, Soundcloud, Tiktok, Facebook, and many of the most popular platforms.

About All in your head.

“All in your head.” is a 7-month-old two-man musically diverse duo/band comprised of multi-instrumentalists and vocalists Chip Moreland of “The Bella Portal” and 4-octave tenor “G,” the 2016 Global Peace Song Award-winner.

All in your head recently enjoyed over 8 million combined streaming, social, and video platform plays for “How does it feel to be real?”, their first release, which dropped in June, 2021.

The band’s name comes from the simple fact that all of life experiences take place ultimately “All in your head.” Their goal musically is to create music that arrests and transforms the listener to make them feel and/or think within new realms of feeling and perception, about music, about self, about life, about society, and our place in the universe.

Both Chip and G have advanced knowledge of digital communications, crypto, and coding/development, so expect digital surprises, NFT drops of unique, the band’s own coin, commissioned art and experience, unique app development, and expect “All in your head.” to be a multi-medium band that will surprise its audience on all fronts.

Kyle Sweet
All in your head Entertainment
+1 3236390247
email us here
Visit us on social media:
Facebook
Twitter