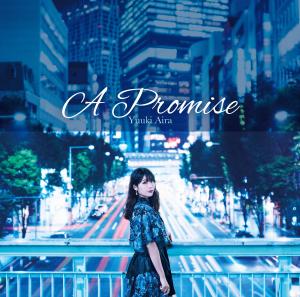 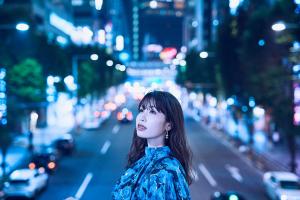 It became that one song that broke new grounds in terms of my own musicality.”
— Aira Yuuki

LOS ANGELES, CA, UNITED STATES OF AMERICA, October 7, 2021 /EINPresswire.com/ — Popular anime singer and lyricist, Aira Yuuki will be releasing her newest single “A Promise” on November 10th, 2021. The lead title track “A Promise” will also be pre-released on all music streaming platforms before the actual CD release for her fans on October 7th, 2021.

The lead title track “A Promise” will be the ending theme song for the popular television anime series “The World’s Finest Assassin Gets Reincarnated in Another World as an Aristocrat “and the chill-wave ballad song warmly spells out the thoughts about a loved one under the moonlight. By welcoming Masayuki Hasuo (keyboardist of siraph and former School Food Punishment member) as the arranger, she says “It became that one song that broke new grounds in terms of my own musicality.”

The 2nd track “A Promise (Dear Ver.)”is sung by Dia, the heroin of the anime series, which powerfully brings out the emotions of the character’s view of the main story.

The 3rd track “Awkward love” had been written from Aira’s actual motif of love, where the jazziness and pop track spells the clumsiness and the innocent love patterns.

Lead track “A Promise” to be pre-released on all streaming platforms
on October 7th, 2021 (Thu)

About Aira Yuuki:
Aira Yuuki debuted with “colorless wind,” an opening song for the TV anime series, sola. Many of her songs are used for many anime series and video games with her beautiful voice since her debut. She performed the ending songs for Star Blazers: Space Battleship Yamato 2199, which is a remake of a classic anime title, Space Battleship Yamato in 2012, and the OVA, Mobile Suit Gundam AGE: Memory of Eden in 2013. She is a popular anime song singer, and she has been invited to numerous events both domestically and internationally.

In 2020, Aira had written and sung the theme song “Violet Snow” for the world hit anime “Violet Evergarden”. Aira had also released a mini album called “Leading role” in March along with s single called “Blessing”.

Since her work expanded as a lyricist in 2015, she has written for lots of well-known anime songs and character songs. A voice actress idol unit, “NOW ON AIR” is also produced by her since 2018.

On October 7th, 2021 Aira will be releasing her latest single “A Promise” which had been chosen as the ending theme song of the Anime series, “The World’s Finest Assassin Gets Reincarnated in Another World as an Aristocrat”.